Is This The Calm Before The Storm? 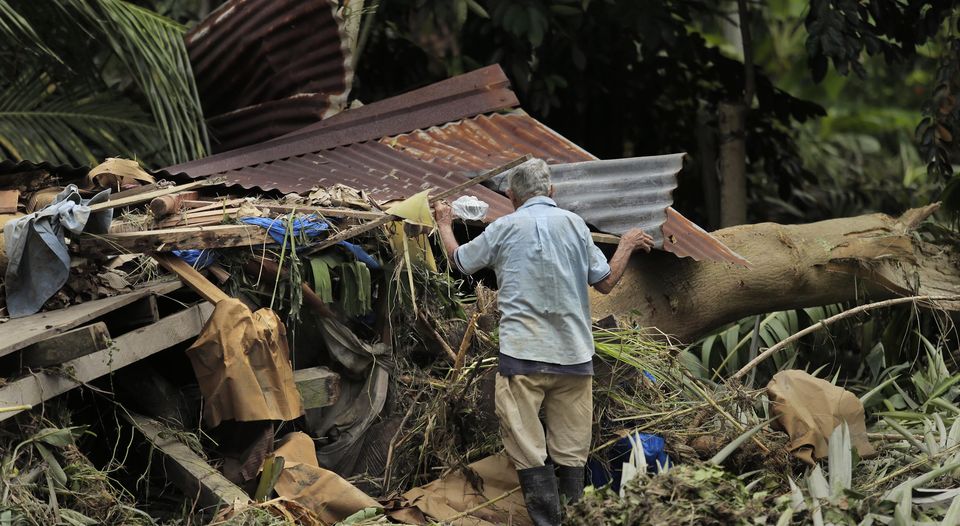 UPDATE 9:25am Thursday: Here in Piedades all still calm. It’s been raining on an off, a very light rain. I continue to watch the images on television, local channels 6 and 7 have suspended all regular programming to broadcast live from various parts of the country.

Nothing of what I see in places like Cuidad Quesada (San Carlos) or San Vito is happening here, in San Jose.

TICO BULL by Rico – It’s been a strange day. As I watch the television news of people in the Caribbean coast being evacuated, communities isolated due to landslides and rivers overflowing their banks, roads closed.

I see the photos of people grasping to the little they can take with them, to get out of harm’s way; the houses under water. The story of the elderly man who lost everything but refuses to leave without his dog. The headline in La Nacion reads, “I will die with my dogs, I won’t leave them alone”.

I can relate to that, I have five dogs that allow me to live with them in my little place in the world, in Piedades de Santa Ana,west of San Jose, that was eerily quiet today. Quieter than Sunday morning.

The noise from the street was almost none. Other than the constant wailing of sirens from emergency vehicles, there wasn’t the continuous buzzing of vehicles on the Ruta 27, a few blocks from my house.

The morning (Wednesday) started off cloudy. By noon there was some brightness, but no sunshine. Life at rancho Rico was pretty much the same as other days. Other than the looming of Hurricane Otto at our door, it was like any other Wednesday.

But something was noticeably different. Couldn’t put my finger on it until I say the squirrels, in the middle of the day, munching on tree bark. They cut off the tine branches, eat the bark and let the branch fall. I never see them doing this, just the branches on the roof, that blow onto the ground.

Yet today, in the middle of the afternoon, in between the scattered rain, several of them were munching away

And this is when I noticed there was absolutely no wind.The leaves on the trees seemed as if they were painted on. I have a large property with lots of trees and there is always a breeze. None today.

Even stranger was the quietness coming from the two creeks that surround my property. If it rains up the mountains of Santa Ana i get the water, as it runs off to the Virilla river, that connects to the Tarcoles to the ocean.

The water level as low, almost as low during the dry season. I pay particular attention to the level during the rainy season as raging water from up the mountain overflows the bridge that connected my property to the street, but more it doesn’t damage the water pipes to my house.

All day it would be rain, a light rain, for a few minutes then stop. Start again an hour or so later and then stop. It’s now 1:25am and I can hear the drops from my roof from the last rainy episode.

I have never lived through a hurricane before. Is this what it feels like? Is this the calm before the storm?

I am ready. I hope. Will let you know in a few hours.