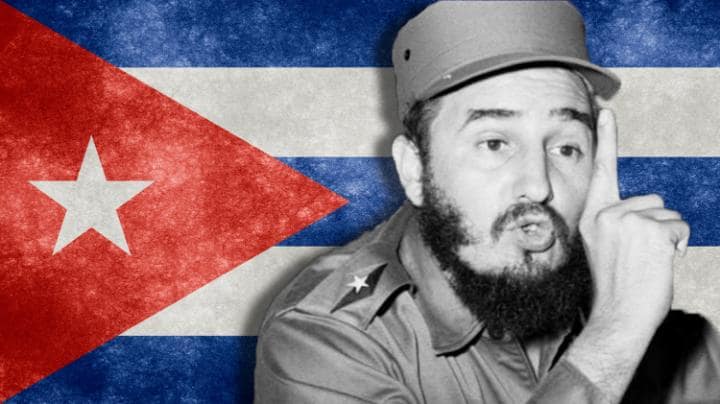 TODAY CUBA – As Fidel Castro was laid to rest in Cuba this week, according to Huffington Post’s WorldPost, critics claimed that it gave the Cuban people a chance to experience a Christmas with less fear than they had known in decades. Supporters insist that he was a good man, and no one could have done better under the circumstances.

Ironically a classic Christmas movie, “It’s a Wonderful Life,” provides the perfect idea to settle this debate. Just as George Bailey, played by Jimmy Stewart, wishes he had never been born as a means of making things better, one can similarly wonder what if Fidel Castro had never lived.

Actually, we can do more than just wonder. We can look at a pair of countries, in a similar situation, with some similar characteristics, to see whether one leader made a difference, compared to another ruler. When Nelson Mandela passed away, I compared all of his great accomplishments to what happened in nearby Zimbabwe with their tyrant, Robert Mugabe. With such a comparison, one can see how valuable Mandela was to South Africa, and the world.

Was Fidel Castro a force for good, or against it? To answer this, I looked at another small Central American/Caribbean country where a social democratic revolution took place after World War II. I am comparing Castro’s Cuba to Costa Rica, where a revolutionary regime emerged that applied some tenets of socialism while resisting the urges of authoritarianism.

Typically, geographers and political scientists rate islands* as being more conducive for political and economic development. But that’s not the case in this comparison. Cuba’s GDP per capita is us$5,382.82, ranking nearly 100th in the world for that category, according to NationMaster. It’s a much better situation in Costa Rica, where the GDP per capita is US$9.396.45, good enough for 63rd in the world, according to NationMaster.  *Important to note that Costa Rica is NOT an island.

Both countries actually rank pretty well among their counterparts in Latin America and the Caribbean when it comes to social development. Costa Rica is among the best in the region for life expectancy, according to NationMaster. Cuba leads equatorial countries in literacy rates and fares well in the number of physicians per patient and a number of spending measures. But it also ranks high in the world in spending on tanks and warplanes, as NationMaster notes. Costa Rica, meanwhile, eliminated the military after their revolution, and has little government coercive power outside of law enforcement and a river patrol on their borders.

But the real difference, the key to understanding Castro’s legacy, comes from the country’s politics. In 2007, at the end of Fidel’s total control, Cuba received the worst freedom rating ever, with civil liberties and political rights each netting a score of 7, the lowest you can get, according to the human rights group Freedom House. Even under Fidel’s brother (Raul) the island is considered “Not Free” by Freedom House in their most recent analysis.

Meanwhile, Costa Rica garnered freedom, civil liberty and political rights scores of “one” for each, the highest that you can receive from Freedom House. That’s not just good for a Third World country; that’s better than a number of First World countries.

No wonder people in Cuba still have to look over their shoulder, even after Fidel perished, while the people of Costa Rica have earned their recognition as the “happiest people in the world” award according to the Happiest Planet Index. Having taught in Costa Rica for two summers, I can vouch for this. The people of Cuba, if they are allowed to even study Costa Rica’s success, could only wish that Fidel Castro had never been born, and that their leadership had chosen the path Costa Rica elected to follow after their own post-World War II revolution.

John A. Tures is a professor of political science at LaGrange College in LaGrange, Ga. He can be reached at jtures@lagrange.edu.
Article originally appeared on Huffingtonpost.com

Following the series of accusations and backlash levelled against...
Travel