Vice-presidential candidate for the  Partido Liberación Nacional (PLN), Jorge Pattoni, was on Wednesday appointed the “official” leader of the political party for the balance of the 2014 election campaign, that ends with a run-off vote on Sunday, April 6. 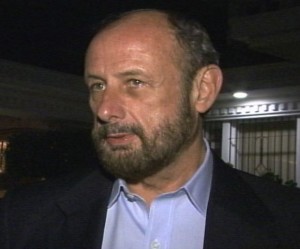 Despite his withdrawl from election campaigning, Araya cannot resign as presidential candidate and his name continues on the voting ballot and can even be elected president. If elected he is under no legal obligation to resign the presidency. And if he were to do so, by rules of succession, Pattoni would assume the presidency.

More: What if Johnny Araya Were To Win The Election?

The nomination of Pattoni was confirmed by PLN party president, Bernal Jiménez.  Jiménez added that Pattoni will commence his tour of the country, seeking votes for the party, on Monday.

On Tuesday, Pattoni had rejected the PLN offer to head the campaign, pick up where Araya left off last week.,

QCOSTARICA - The Daniel Ortega government sent its ambassador to Costa Rica, Duilio Hernández, as its representative to the summit of Central American presidents...
Infrastructure

QCOSTARICA - Five major road works under the responsibility of the H. Solís company will continue in development despite investigations for alleged corruption involving...
Disasters

QCOSTARICA - The 5.7-magnitude tremor, felt at 5:27 pmon Thursday, occurred in a maritime zone with the potential for stronger earthquakes, explained Ivonne Arroyo,...
Trends