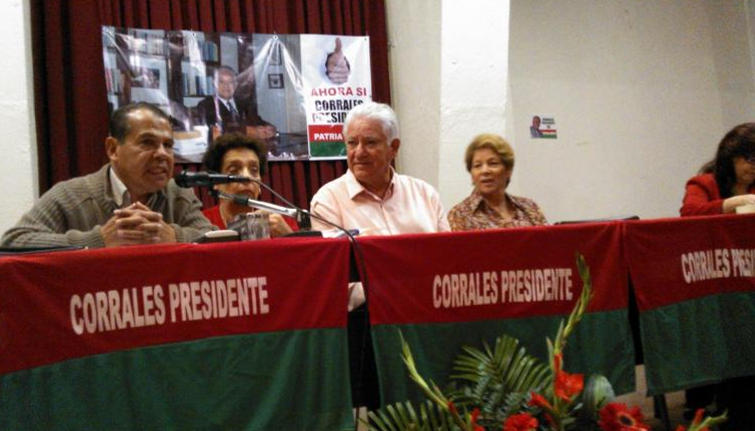 The presidential candidate for the Patria Nueva (New Patriotic Party), José Miguel Corrales, resigned his candidacy for the 2014 elections, annoyed at the party’ choice of Legislator candidates.

The now former presidential candidate said last week he opposed the appointment of Álvaro Montero Mejía to represent the party for San José in the Legislative Assembly.

Sources close to Corrales said the former presidential candidate opposed the Montero appointment due to an alleged lawsuit for not complying with the payment obligations of an employee.

Corrales is expected to give a press conference today to explain fully his reasons for leaving the electoral race.

Chasing the San José seat were Oscar Aguilar Bulgareli and Montero, with the latter prevailing.

An upset Corrales asked Montero to withdraw, but he did not, provoking Corrales to complete his threat of resigning his nomination if Montero was chosen.

Experts say that without Corrales at the helm, the Patria Nueva party is dead.