Keylor Navas reveals that he will live in Spain after retiremenet 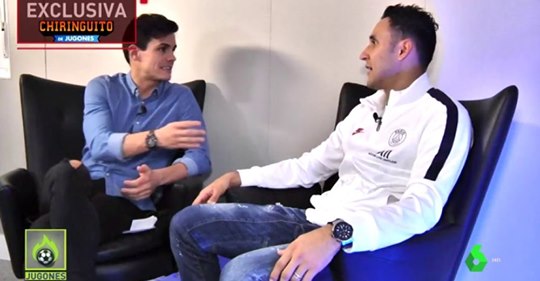 The Costa Rican goalkeeper, Keylor Navas, reveals in the interview with Spanish journalist Edu Aguirre for the program ‘El Chiringuito’, that when he retires, he will not return to Costa Rica and most likely will live in Spain.

“When you retire, are you leaving for Costa Rica?” Was Aguirre’s question to Navas who plays as a goalkeeper for French club Paris Saint-Germain SG or simply PSG, and the Costa Rica national team.

Navas was very direct in his response, “No, I’m going to live in Spain, probably. But today I think of living in Spain.”

Similarly, the Tico declared that the first year after leaving soccer, he plans to dedicate time to his family, something he currently cannot do enough due to his professional commitments.

This is how the CostaRica delegation paraded in Tokyo...
National