The successful Colombian telenovela, “La Prepago”, has been nominated the best Colombian production abroad,  is aired in Costa Rica daily at 10:00pm on local channel 7, and its star, Lilo de la Vega, has won the hearts of viewers with her “picardia (naughtiness) and sensuality. 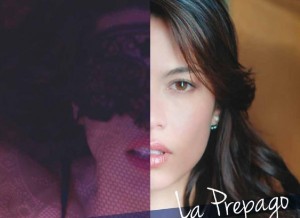 The novela is a Colombian original series produced by Sony Pictures Television for RCN television.

Inspired by a true story and produced entirely on location, La Prepago focuses on the story of a woman who leads a doubel life: one the one hand a beautiful college student with a normal romantic life and traditional family, and secondly, the an escort.

The plot of the story is of a university student who, out of economic necessity decides to be a sexual companion hidden from her family and her boyfriend, that then becomes involved in the death of a powerful politician.

The novela was originally to have aired at 9:00pm, however, viewer criticism that the content was not apt for minors, forced the Teletica to move the airing to 10.

Editor’s note: The word “prepago” (prepaid) is used in Colombia to refer to a prostitute, escort or any person who offers sexual favours for payment. Since payment for sexual favours are usually in advance, hence “prepago”.