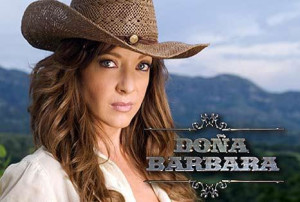 Telenovelas are a distinct genre different from soap operas, for telenovelas have an ending and come to an end after a long run (generally less than one year). The telenovela combines drama with the 19th century feuilleton and the Latin American radionovela. The medium has been used repeatedly to transmit sociocultural messages by incorporating them into storylines.

Recent telenovelas have evolved in the structure of their plots and in the themes they address. Couples who kiss each other in the first minutes of the first episode sometimes stay together for many episodes before the scriptwriter splits them up. Moreover, previously taboo themes like urban violence, racism, and homosexuality have begun to appear in the newest telenovelas.

While most English language soap operas can continue indefinitely, almost all telenovelas run for a predetermined duration. They are usually shown five or six days a week and run for an average of 120 episodes.

QCOSTARICA - The International Monetary Fund (IMF) finally said yes to the loan for almost US$1.78 billion and to the fiscal adjustment commitment proposed...
Employment

QCOSTARICA - The pandemic is not over. Not yet. We still have some time to go before getting there. Perhaps that is the most...
Colombia

Q COLOMBIA – In less than two weeks, Colombia enters its first rainy season of the year, which will very possibly have an increase...
Living in Costa Rica

QCOSTARICA - The Ministry of Public Works and Transportation (MOPT) announced Thursday that it will grant a grace period for six (6) more months...
Nicaragua

On November 7, Nicaraguans will go to the poll in elections lacking democratic guarantees, without minimum conditions to promote healthy competition for power. In...
National

QCOSTARICA - For their preparedness to face tsunamis, the communities of Tamarindo and Sámara were recognized by the Junta Nacional Tsunami Ready de Costa...
Fuel Prices

QCOSTARICA - At 12:01 am this Wednesday, fuels will be more expensive, as the third price hike of the year takes effect. The increase in...