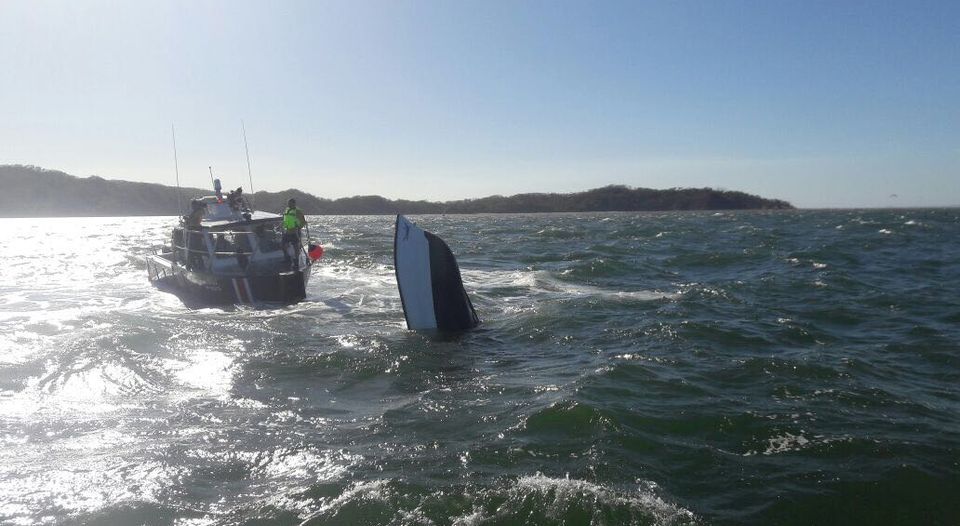 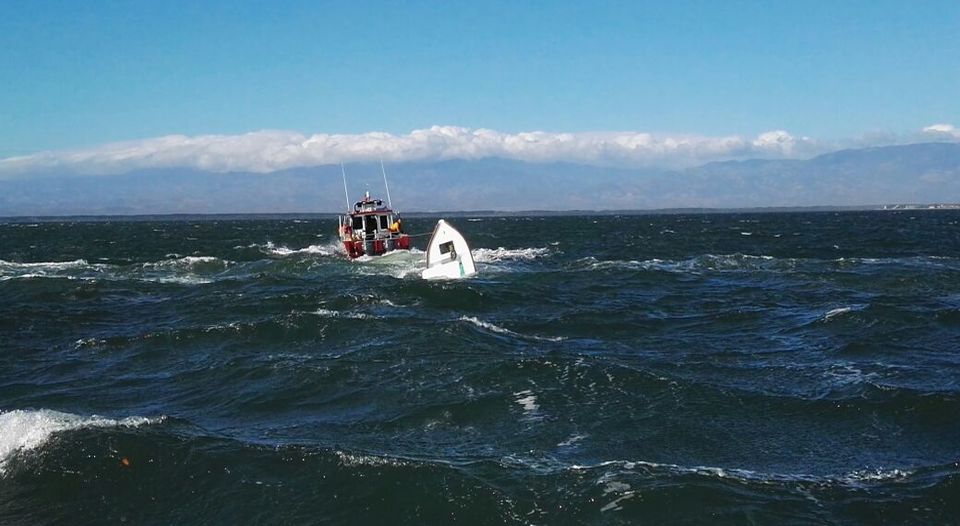 Q COSTA RICA – The strong winds this weekend that affected most of the country is being blamed for the Saturday shipwreck of a boat with ten passengers near San Lucas Island, off the coast of Puntarenas.

The captain of the boat, 19 year-old Isaac Delgado Casares, explained on Sunday that “the wind played him a bad trick”.

The occupants of the boat that was under water for almost 10 minutes were eight women and two men, between the ages of 24 and 38, residents of Cartago and Desamparados, on a visit to the Cocos beach on San Lucas Island.

The national weather service, the Instituto Meteorologigo Nacional (IMN) had warned boaters of the choppy sea due to the strong winds.

The local tourists were returning from a visit to beach known as Cocos, in San Lucas Island, when the shipwreck occurred. 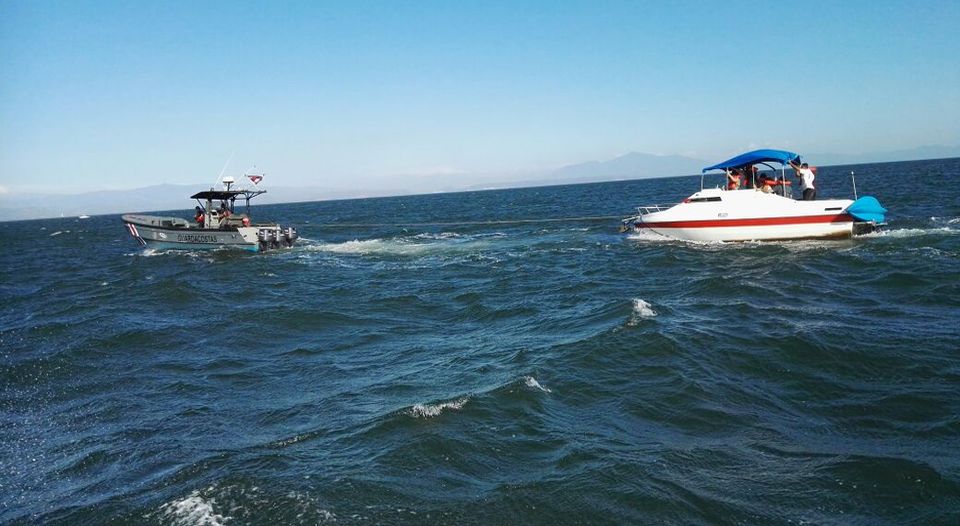 In her Facebook provide, Eimy Calvo, 24, says: “Thank God he got us out of that”.  Meli Valverde posted, “all rescued and on our way home”. Calvo published a video of the frantic moments the passengers and their captain lived through. 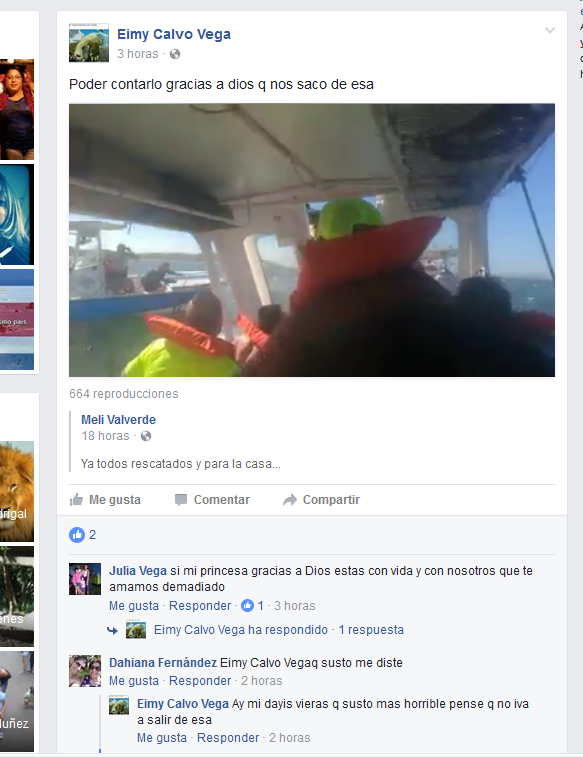 The alert. Seeing the force of the waves, at 3:20pm the captain radioed an alert the Coast Guard According to Miguel Madrigal, the head of Coast Guard in Caldera, the captain did not specify what has happening, only saying he had an emergency on the east side of the San Lucas Island.

Two Coast Guard boats and Fire department speed boat arrived on the scene for the rescue operation. Other boaters in the area at the time of the incident had already saved some of the castaways.

The Fire department refloated the boat, the Sicario II with a capacity of 16 passengers and owned by the captain’s family, and took it to port.

The captain, who has been working in tourism since he was 12, said “as a tourist company we have all the documents in order and all the lifeguard equipment that helped a lot, such as in this case”. 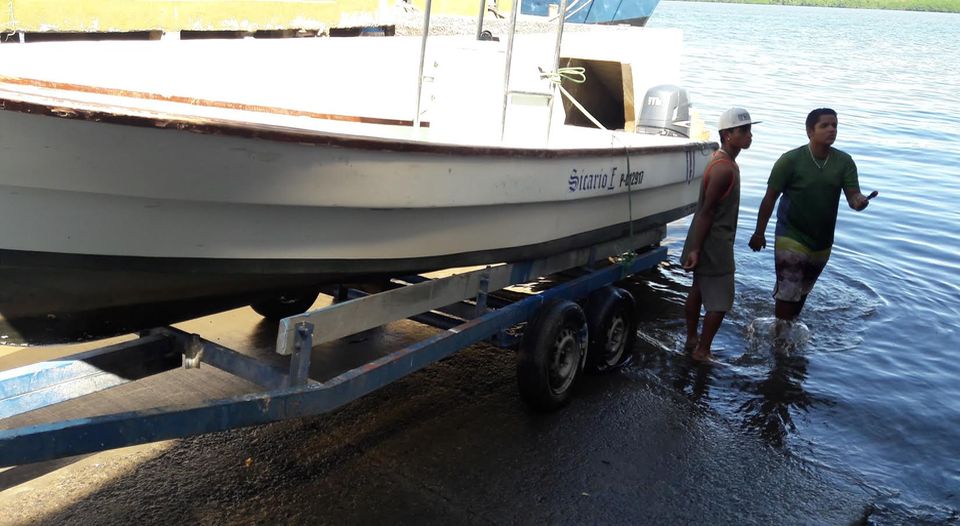 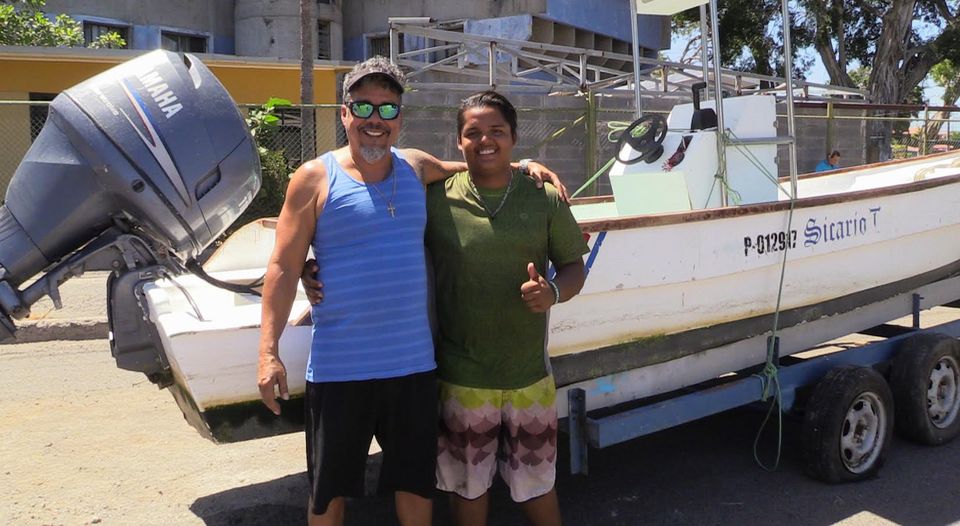