Mabe Restructuring in Costa Rica And Lays Off 350 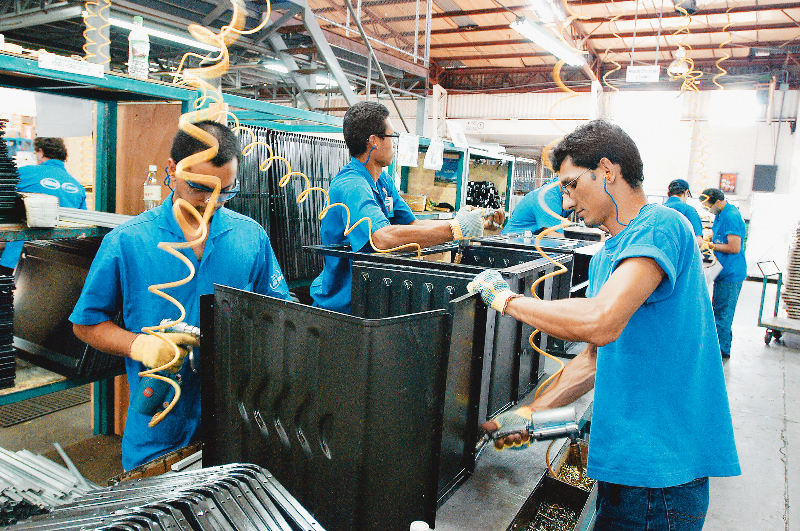 Mabe, the Mexican-based global company, announced Tuesday it will no longer manufacture stoves in Costa Rica, and as result will have to lay off 350 people due to redundancies.

Mabe says it will continue to manufacture refrigerators for both the local market and export from its Heredia factory.

The company says that the Mabe brand of stoves will still be available in Costa Rica, though they will no longer be manufactured here.

The decision to cut the stove manufacturing is part of the company’s restructuring of operations. Diego Artiñano, general manager of  Mabe Centroamérica, told El Financiero, “Mabe wants to maintain its leadershiop in Central America and  it is strengthening the portfolio of products offered to consumers. This has implications for local production involving important in all areas of business reorganization“.

About Mabe
Mabe designs, produces, and distributes appliances to more than 70 countries around the world. The company was incorporated in 1946 by Egon Mabardi and Francisco Berrondo in Mexico City. Mabe was initially dedicated to manufacture kitchen furniture. In the 1950s, Mabe began manufacturing various appliances such as gas ranges and refrigerators. Rapid growth allowed Mabe to become the leading exporter of home appliances in Mexico as early as 1960.

In 1986, Mabe entered into an important joint venture with General Electric Co. to produce appliances for the US market. As part of an effort to move away from controlling Mexican operations from the US, GE decided to enter into the joint venture with a 48 per cent minority stake. While GE hoped to gain access to Mexico’s low cost labour pool, Mabe was given greater access to the world’s largest consumer market through GE’s US distribution network. By the mid ’90s, more than two-thirds of all gas ranges and refrigerators imported into the United States were designed and manufactured by Mabe in Mexico, while 95 per cent of those sold under the General Electric names were designed in Mabe’s San Luis Potosi plant, the biggest kitchens plant in the world [1]. As a result, Mabe became the leading brand in Mexico, moving ahead of Vitro’s Acros brand with a domestic market share of 50%.

As the company continued to grow, exports and production remained concentrated in Latin America. By the mid ’90s, Mabe was one of the leading appliance manufacturers in the world with annual growth between 15 and 20 per cent. In Mexico, Mabe all but dominated the market, while in Latin America, Mabe commanded a 70% market share in home appliances.

The group also entered into several joint ventures and alliances with other regional manufacturers. Solid sales growth in Latin America all but eliminated the impact of the peso crisis in 1995.