QCOSTARICA – It was late afternoon Monday, around 3:40pm, when a man opened fired into the crowd on Avenida Segunda , in front of the Talamanca hotel, 2 block west of the Banco de Costa Rica (BCR), injuring three people. 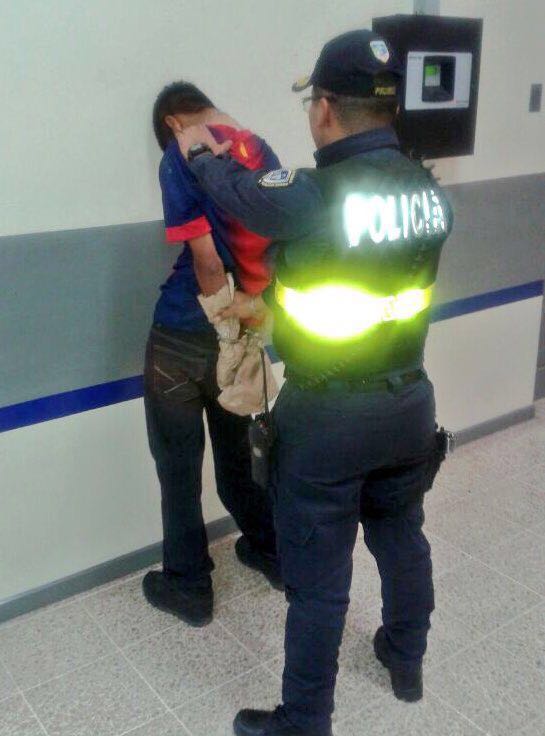 Two women were struck and a man was grazed by stray bullets. The women, taken to hospital in stable condition, suffered serious injuries but not life threatening. One of the women was hit in the buttock and shoulder, the other in the arm.

The police report says that it all started when one of the street vendors started taunting the shooter, identified as 22 year-old Congora Martinez, because he was zigzagging along the Avenida. Angered, the young man pulled out a 38 calibre revolver and starting shooting at anything. A press release by the Ministerio de Seguridad Publica said he a load of 34 rounds in his possession.

Apprehended red-handed, he will face an abbreviated process in the Flagrancy Court.