MAP: The Most Popular Beer In Every Country 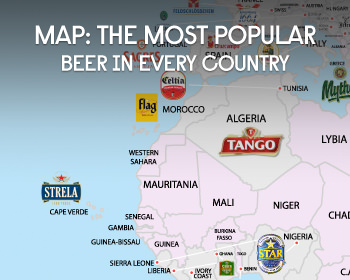 COSTA RICA EXTRA – After publishing our guide to America’s most popular beers, Vinepair took a look at the rest of the world.

With their curiosity piqued, they set out to find every country in the world’s most popular beer.

The map below brings together dozens of sources, from research reports to corporate filings, to reveal the most popular beers in over 100 countries.

As you can see, the beer brands of the world are as diverse as our planet itself — though a handful of massive multinational brewers own a staggering number of these brands, which we’ll be exploring in the future.

The most popular brands across Central America ar: Imperial (Costa Rica),  Toña (Nicaragua), Salva Vida (Honduras), Pilsener (El Salvador), Gallo (Guatemala) and Belkin (Belize). Curiously, Panama does not have a popular brand of its own.

In Costa Rica many of the world brands can be found in the coolers of Automercado, Mas X Menos and Walmat, like: Corona (Mexico), Budweiser (an American beer that is Canada’s favorite), Bud Light (U.S.), Guinness (Ireland), Moetti (Italy), as well many other imported beers.

Note the map is a large file and may take some time to load on slow connections. Once loaded, click on it to enlarge. 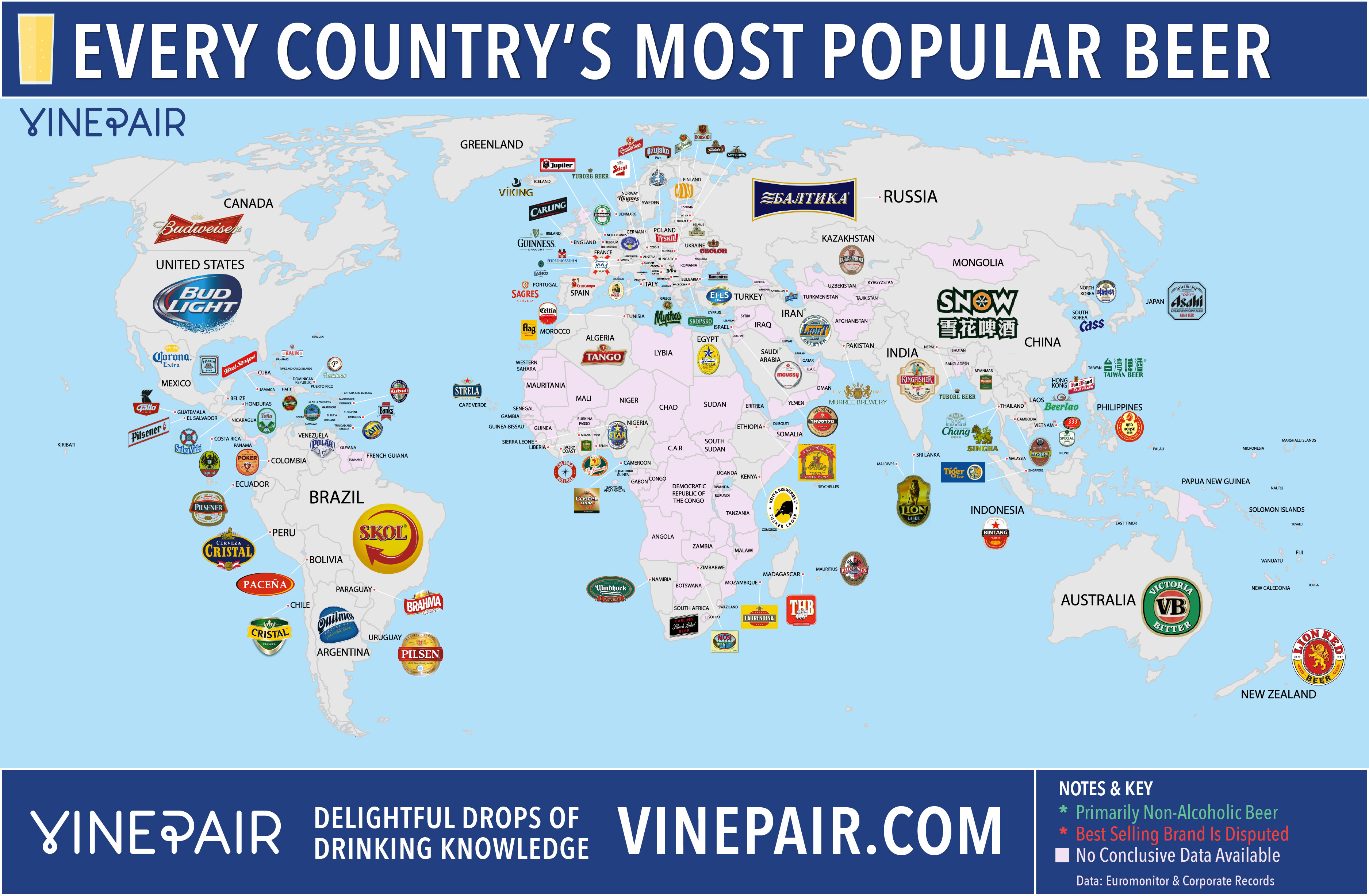 QCOSTARICA - Costa Rica is looking to recover its...
Trends