The Man Who Swims with Crocodiles in Costa Rica 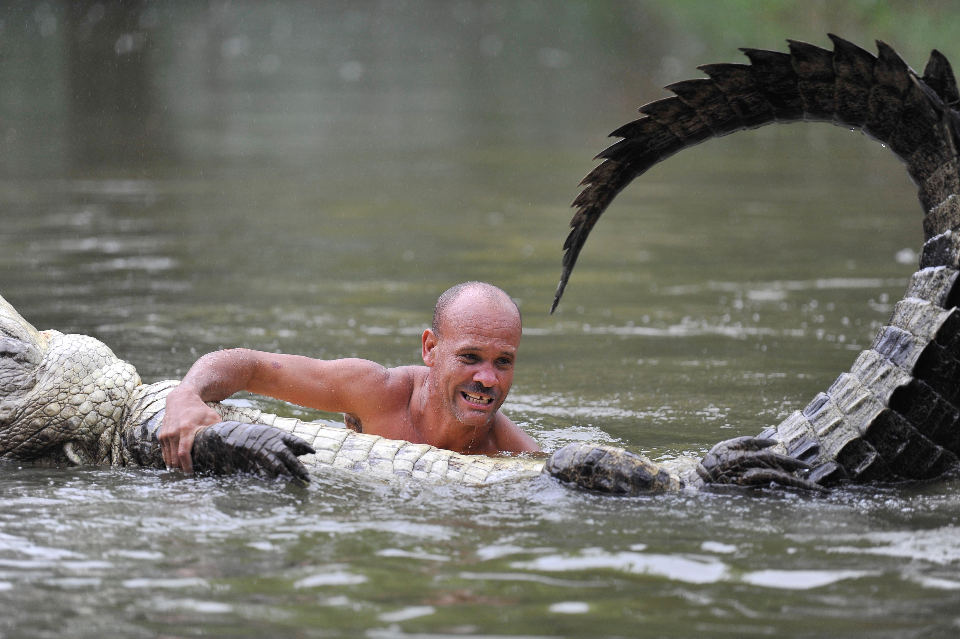 (QCOSTARICA) About 20 years ago, a farmer shot a huge crocodile on the banks of the Parasmina River in Costa Rica.

The wound left the fearsome creature near death – but that was not the end of his story – only the beginning.

When a man named Chito Shedden arrived saw what happened, he did something few people would have: he rescued the croc and nursed him back to health.

The large crocodile, later named Pocho, could have seriously injured Chito at any time, but didn’t.

What followed in the 20 years since their first encounter is pretty incredible.

The care Chito showed to Pocho is truly remarkable. Crocodiles are some of most dangerous predators on the planet and aren’t exactly the face of gentility and friendship, but this kind man showed that even they can be responsive to love.

Though Pocho passed peacefully in 2011, everyone who saw these two interact knows how special their bond truly was.