After uncovering the ruins of an ancient Mayan city on a construction site in Mexico, researchers have presented their discoveries. The site hosts an array of palaces and other buildings. 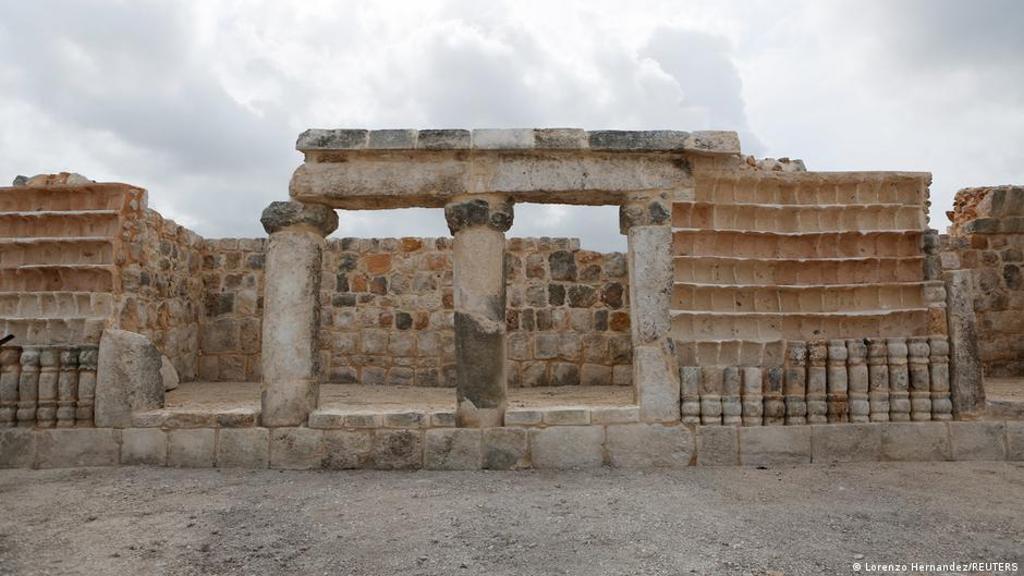 Q24N (DW) Archaeologists working in the Yucatan region of Mexico have revealed the remains of a centuries-old Mayan city, local media reported on Friday.

The city of Xiol — which means “the spirit of man” in Mayan — is believed to have been the home of some 4,000 people between 600 and 900 CE, during the late classic period.

The area was first uncovered in 2018 on a construction site for a future industrial park close to the town of Merida on Yucatan’s northern coast. Archaeologists from the National Institute for Anthropology and History (INAH) then took over the site.

The Mayan civilization was destroyed by Spanish colonizers in the 17th century.

“The discovery of this Mayan city is important for its monumental architecture and because it has been restored despite being located on private land,” delegate for the INAH center in Yucatan, Arturo Chab Cardenas, told news agency EFE.

The site is of particular interest due to its Puuc style architecture — famously used for the Chichen Itza pyramid — which is more typically found in the southern part of the Yucatan region.

The archaeologists also highlighted the array of palaces, pyramids and plazas found at the site as well as evidence of various social classes residing there.

“There were people from different social classes … priests, scribes, who lived in these great palaces, and there were also the common people who lived in small buildings,” Carlos Peraza, one of the archaeologists leading the excavations, said.

“With time, urban sprawl (in the area) has grown and many of the archaeological remains have been destroyed … but even we as archaeologists are surprised, because we did not expect to find a site so well preserved,” Peraza added.

One of the owners of the land where Xiol was discovered, Mauricio Montalvo, explained to EFE how “at first we saw a giant stone and as we excavated enormous buildings began to appear.”

“It was incredible, so we informed INAH and then we realized the need to change our original plans because for our company, it’s more important to preserve the Mayan heritage,” he said.

The researchers said they had found the bodies of 15 adults and children in nearby burial grounds who had been buried with obsidian — originating from modern-day Guatemala — and other belongings.

Several tools and ceramics dating back as far as the pre-classic period (700-350 BCE) were also displayed by the researchers.