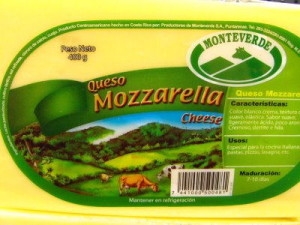 For months rumours had been circulating about Dos Pinos looking to aquire Monteverde, in an effort to strengthen its cheese products and compete with European product entry in the Acuerdo de Asociación (Association Agreement) between Central America and the European Union. The agreement is pending first debate in the Legislature.

Sigma has been operating in Costa Rica since 2002, when it acquired Embutudos Zar, producers of packaged meats and Industrias Lácteas Tecnificadas (Inlatec), a cheese specialty company and the main provider to Pizza Hut.

The press release explained that Sigma has operations in 10 countries and in 2012 had sales of US$3.4 billion dollars.

QCOSTARICA - This year Costa Rica celebrates 200 years of independent life. And the road to commemorate the 200th has begun with the launch...
Health

Casino and baccarat is a term of love. Gambling is known to bring a lot of happiness provided your luck supports you, but how...
Economy

QCOSTARICA - 569 people from different communities in the country have been part of the study “Evaluación de la respuesta inmune al Covid-19 en...
Trends

The blackjack game is associated with excitement and joy. The players experience great enthusiasm while playing the game because of its great rewards for...
Banking

QCOSTARICA - Loans in dollars, which had a great boom in 2000, began to slow down since 2016 and today, despite the fact that...
Travel

QCOSTARICA - Need to leave the country and require a test to detect SARS-CoV-2, the coronavirus that causes covid-19? The Cámara Costarricense de la Salud...