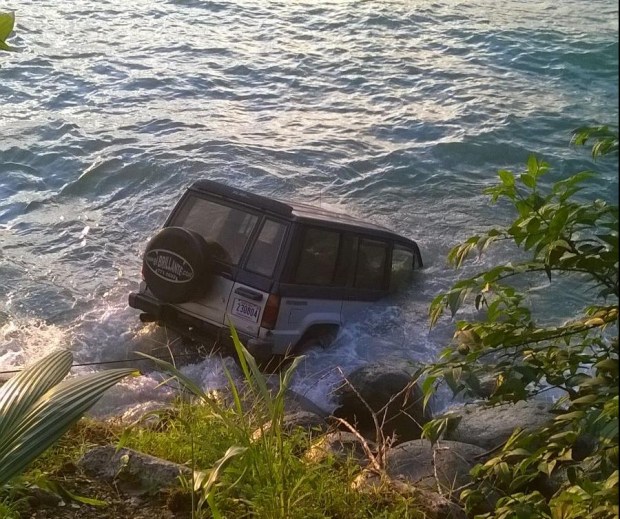 QCOSTARICA – Two children, aged 6 and 4, almost lost their lives Thursday afternoon when the vehicle they had been left along in, fell into the sea in Quepos.

According to Johnny Mendez, Fuerza Publica (police) official in Quepos, the children took advantage of their father’s absence.

Both children were rescued. They were shaken but unharmed.

No details were provided as to the why the children were left alone in the vehicle by the man identified by his last name Kohkemper Marenco and where he was at the time.

Authorities had to wait for the low tide to remove the vehicle.

Today, Thursday, June 17, vehicles with plates ending 7 & 8 CANNOT circulate The measure is countrywide and applied between 5:00 am and 9:00 pm,...
Nicaragua

QCOSTARICA - Five major road works under the responsibility of the H. Solís company will continue in development despite investigations for alleged corruption involving...
Weather