Models Slam BMW Into House And Flee Scene Of The Accident 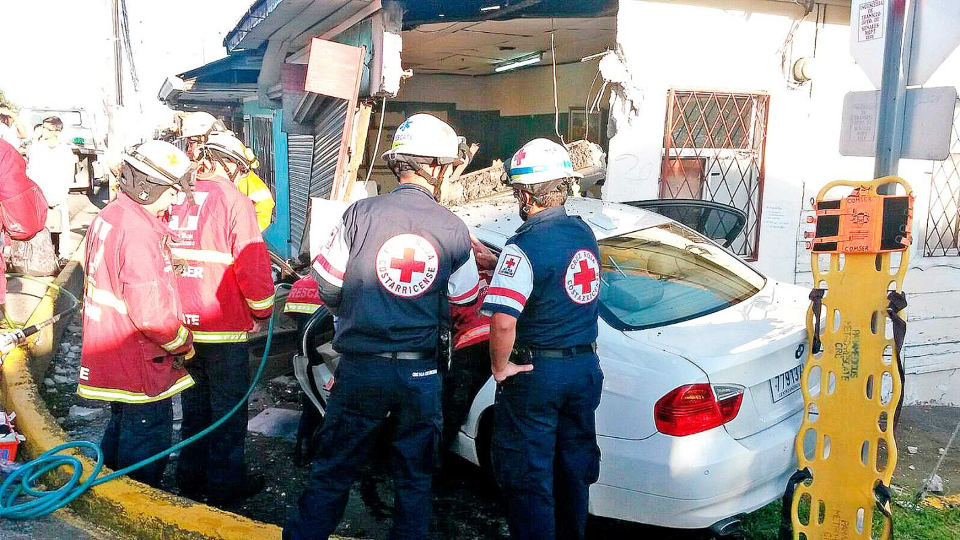 QCOSTARICA – It was 6:24am Saturday (September 12, 2015) morning when a big bang shook the house of Elizabeth Esquivel and Olga Herrera. A BMW had just slammed into the front of their humble home in Tibas, on the north side of San Jose.

Behind the wheel is presumed to be a well-known Costa Rican model and two of her model friends. It is not known if she was the actual driver, but the car is registered to Fernanda Jara, who has appeared in skimpy clothing in the major print newspapers and the online social media.

Accompanying Jara is believed to be Alejandra Herrera and Allison Gomez, also pretty well-known in the skimpy clothing in public department.

A report by Diario Extra says that the three were out coming from a visit to several clubs, the Rouge in Escazu and headed to continue their partying at the Manhattan Bar.

Authorities say that after the impact, the driver and passengers “disappeared like magic”, but, witnesses say they saw everything. And by everything, they meant “everything”.

“I heard a a road, it was loud. I went downstairs to check on my father, who is an invalid. He was sitting, shocked. I though mom was at the store (pulperia) buying bread and worried, where is mother? When I opened the door I saw the car incrusted in the house.

“There (the models) were in rough shape. One got out of the car on her own barefoot, the others had already gotten out.

“Things were strewn all over the place, a tablet, a watch, a bracelet…

“Quickly a couple of guys show up, very rude, begging us (my mother and I) not to sue the girl (driver).

“Of course we are going to sue, our house is not the same. This is the third time this happens.”

The damage to the humble house is estimated at ¢3 million colones. The car, a late-model BMW is totalled. The reputation of the models, pretty much intact. 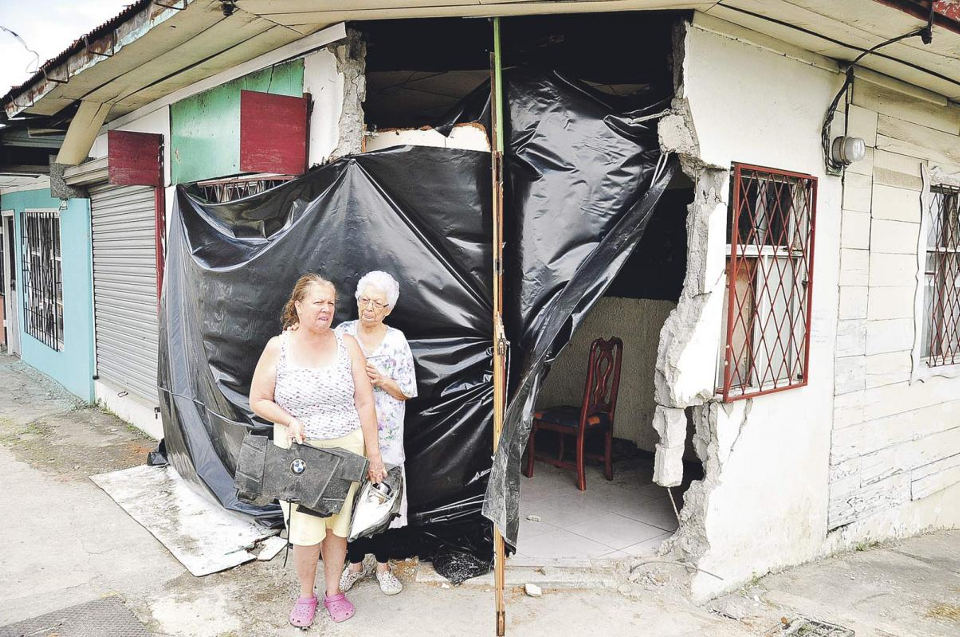