(QCOSTARICA) It was almost like watching a movie. Full of suspense and terror when a pick up truck catches fire, then rolls backward towards the Escazu toll booths.

The vehicle veers as it approaches the tool booths, missing it by “this much”, does a full loop and missing the toll booths again, then a quarter loop as it loses momentum, heading back to the tool booths forward now, coming to a stop as it mounts the divider curb of two toll lanes.

The owner, finally catching up to his runway vehicle, tries to get something out while the flames and thick black smoke became more intense.

A video of the incident was captured on a cellular phone inside an office building looking into the San Jose bound toll lanes. The video was sent to Crhoy.com, see it here.

Traffic did not stop, some slowed down to rubberneck.

The Bomberos, who were called in to extinguish the flames report only material damages, the owner/driver receiving only light cuts and bruises.

The cause is unknown or how the driver could have lost total control of his vehicle.

So far this year, 438 vehicles have caught fire, most due to electrical problems or fuel leaks. This is a reduction of 21% over the same period in 2019.

Last year closed with a total of 859 vehicles burned on public roads.

The current reduction is attributed to the fact that there are fewer cars circulating, due to the sanitary vehicle restriction due to the COVID-19 pandemic.

Screencaptures of the video: 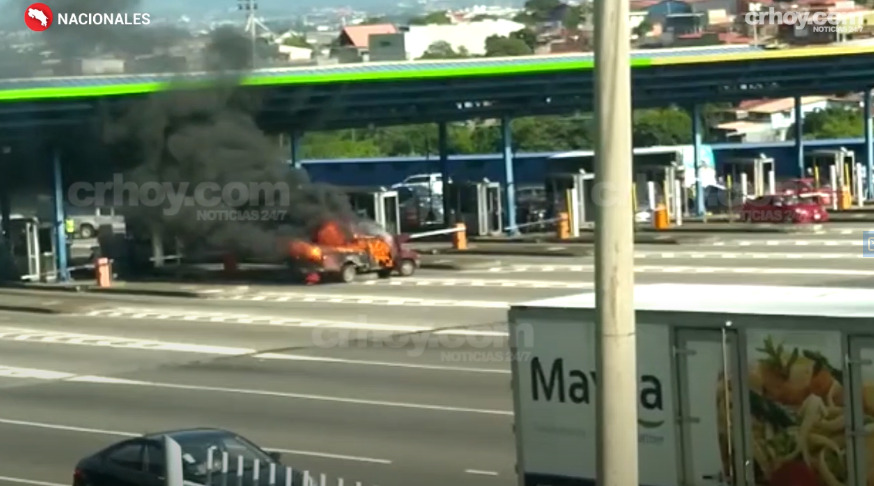 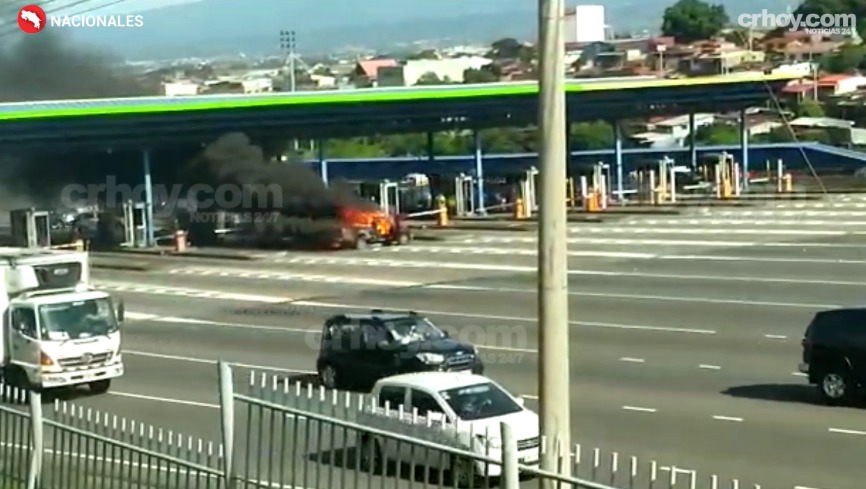 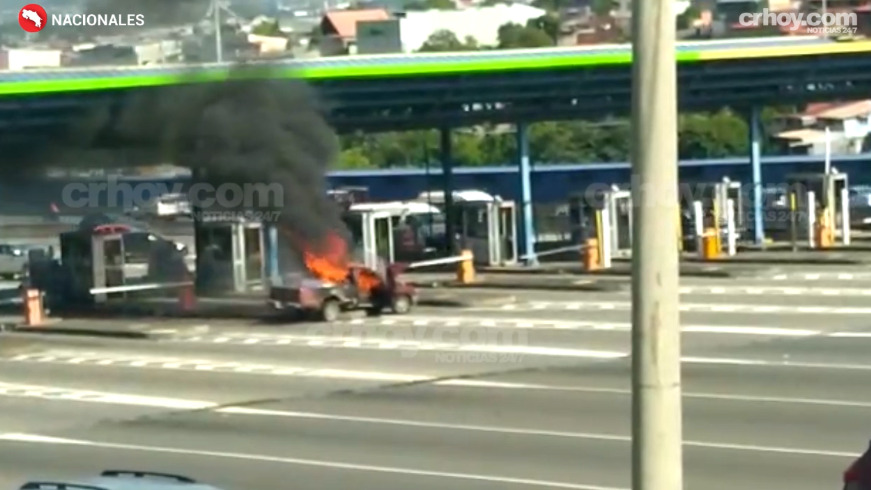 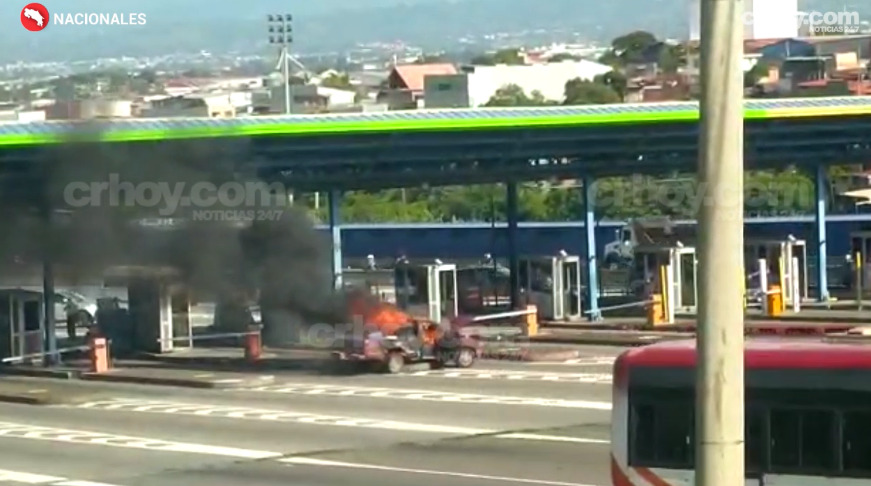 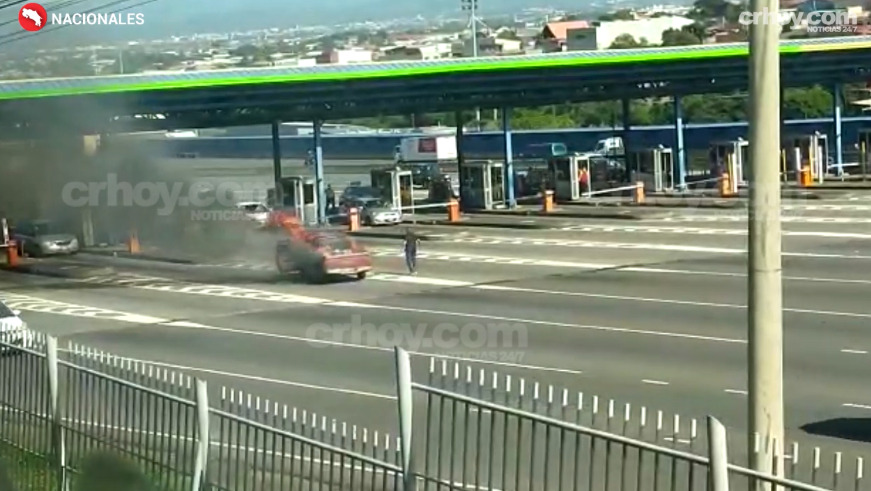 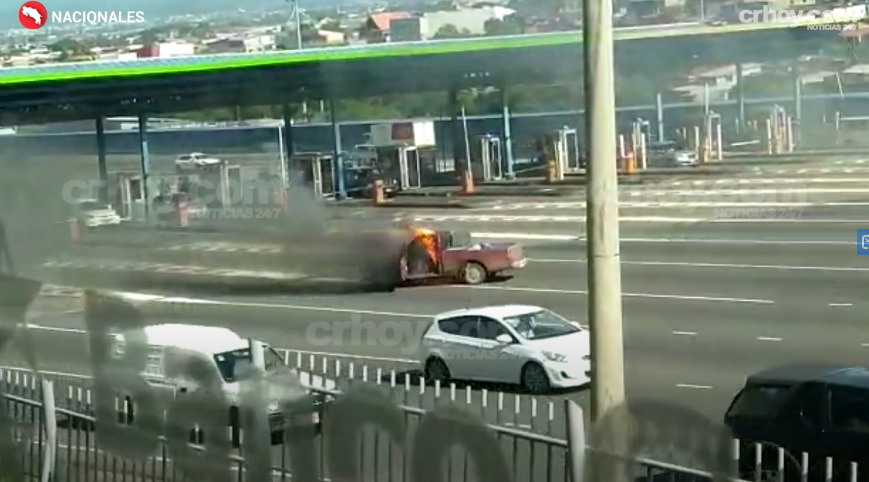 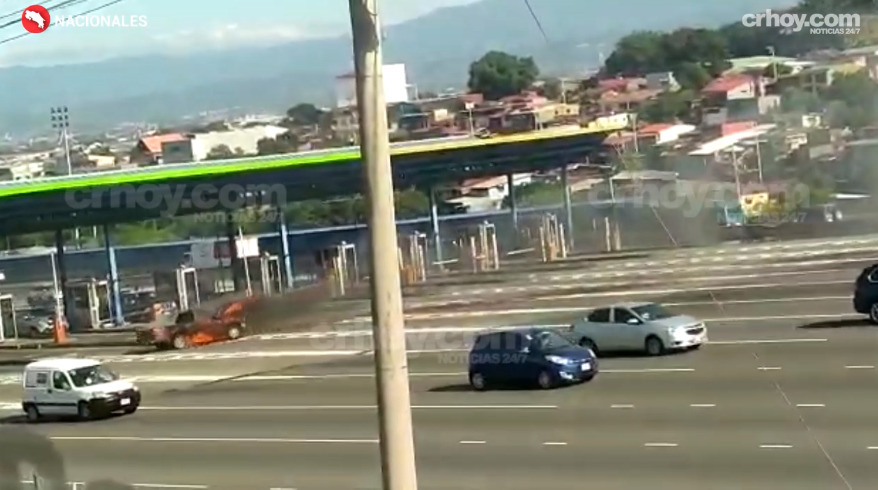 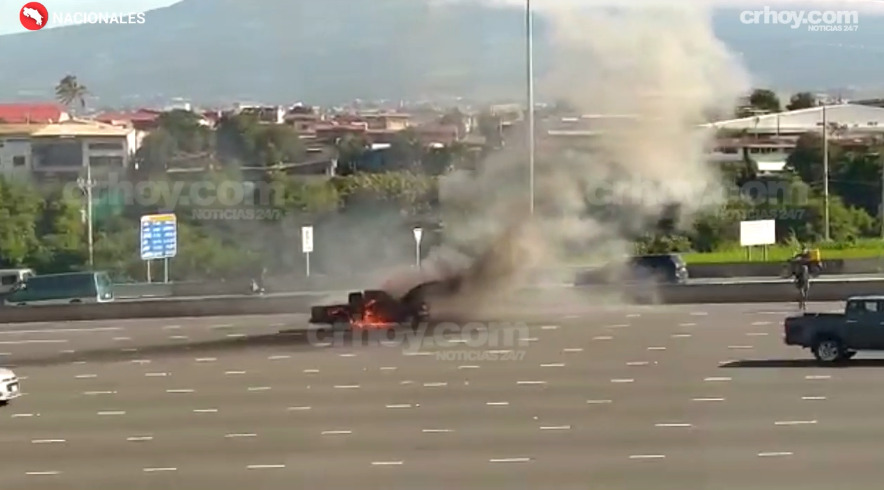 Previous articleDriver arrested and to be prosecuted for driving at 151 km/h
Next articleAllion Bonilla case: femur of missing girl found at dump site

QCOSTARICA - The Compare the Market Australia study looked at each...
Read more
- paying the bills -

QCOSTARICA - After two days of virtually no rain...
Trends