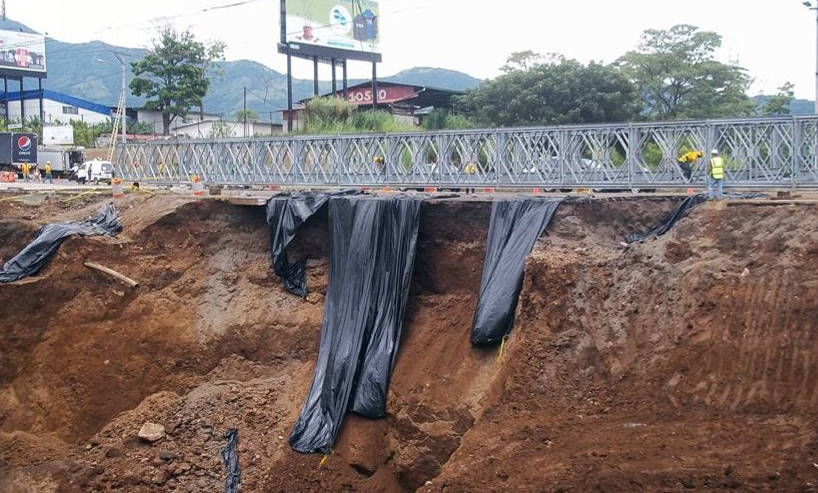 The Laboratorio Nacional de Materiales y Modelos Estructurales (Lanamme) has been the voice of conscience that has fallen on the deaf years of the Ministerio de Obras Públicas y Transportes (MOPT).

However, that may be changing as the Transport ministry is faced with constant crisis of a failing infrastructure, mainly due to lack of maintenance for the last two decades.

And the repairs of the Circunvalación between Hatillo 8 and Pavas seems to be a great opportunity for the MOPT to shine, effecting a proper repair and taking into account the recommendations of the experts of the Lanamme.

The MOPT has said it will involve the Lanamme in the design and contract awarding process, that means Transport officials will not, as has been the custom, have be the final word on the design.

During the preceding weeks, while work crews shore up the walls of the river to install the Bailey bridges as a temporary measure to re-open passage, the Transport ministry has been busy on plans for a permanent solution, and is expected to award the contract by this Friday.

Bidding on the work are the: Constructora Hernán Solís, MECO, Codocsa, JCB and Marlin Bridges.

According to the MOPT the Solís is the one with the lowest bid. All but the MECO are proposing the construction of a bridge over the María Aguilar river.