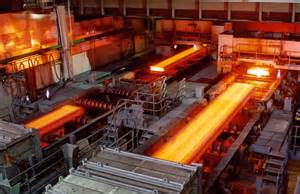 CENTRAL AMERICA NEWS – The continuous increase in sales of steel from China to Latin America was well known in Central America during 2014 when 930,000 tons of metal were imported from the asian country.

From a statement issued by the Latin American Steel Association:

Between January and October 2014, China shipped 6.7 million tons of rolled steel to Latin America, 54% more than the 4.4 million tons sent in the same period in 2013.

Meanwhile, total rolled steel exports from China to the world continue to grow rapidly but at a slower pace than shipments to Latin America. They reached 66.5 million tons, 47% more than in the same months in 2013.

The volume of Chinese steel received by Latin America amounted to 11.5% of regional consumption (an estimated 58.5 million tons).

Latin America has established itself as the second most important destination for steel in China, expanding its participation in these exports from 9.7% to 10.1% between Jan / October 2013 and Jan / October 2014. The first recipient of products remains South Korea which had a share of 15.7%, receiving 10.4 million tons.