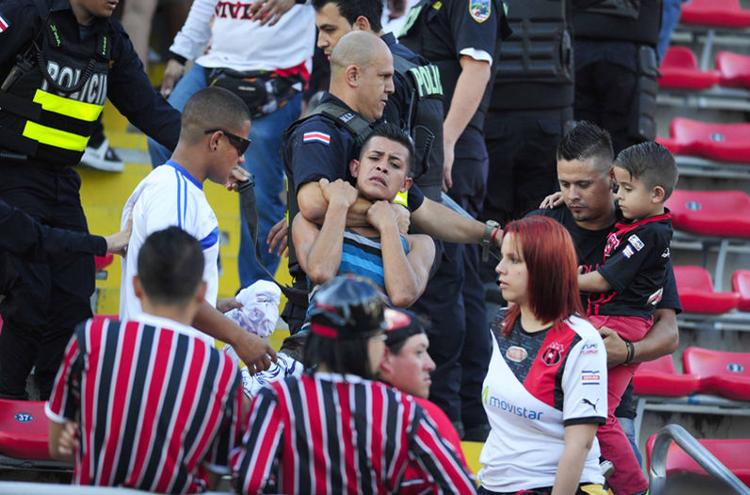 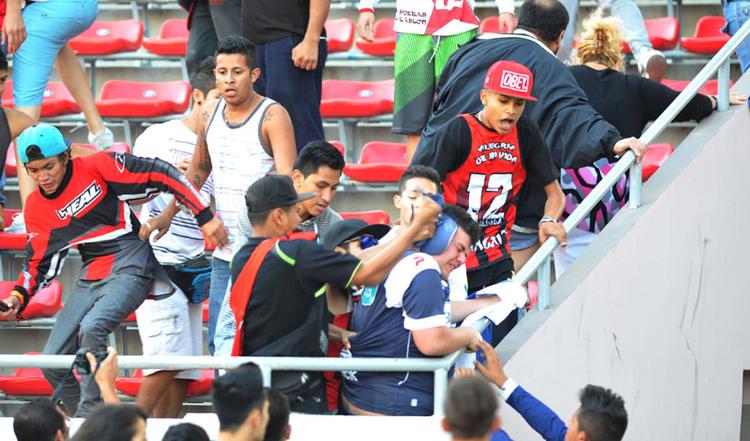 The “hooligans” in Costa Rica that go to soccer games just don’t get it, you cannot behave in the Estadio Nacional (National Stadium) like you the Saprissa or Liga stadiums, for example. No, at the National, you need to show some culture, restraint, whatever.

That as not the case yesterday, when violence broke out mid-game, in a match between Alajuelense and Cartaginés.

The deputy minister of Security, Celso Gamboa, by way of Twitter wrote, “there was an unjustified aggression against women and children. The problem is that public resources are guarding public shows. And (soccer) clubs allow these groups”.

At least 15 people were detained in yesterday’s disturbance that led to the suspension of the game.

Paul Pinto, president of the Alajueal club, said there was a lack of security., while Claudio Ciccia, manager of the Cartago team, said the event is part of a “social issue”.

The game will be played again today, at the National Stadium, at 3pm behind closed doors.

QCOSTARICA - A total of 21,969 tourists from European...
Cartago