My Pricesmart Index To High Prices in Costa Rica 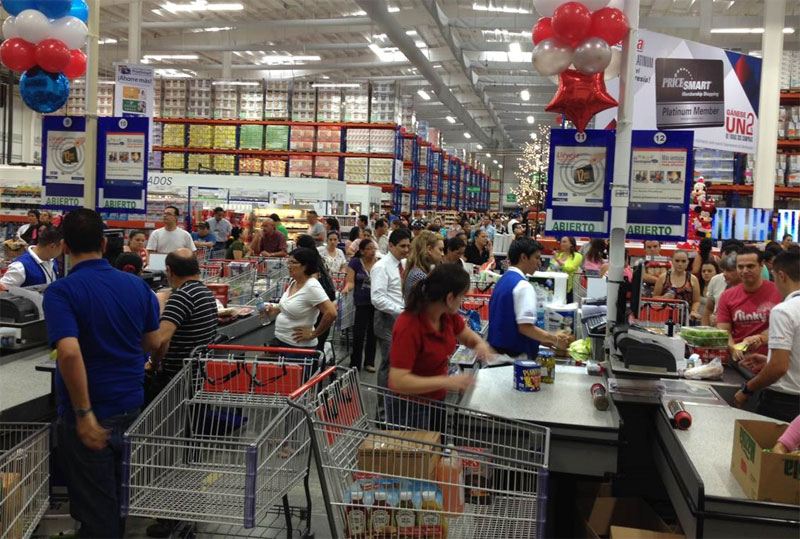 TICO BULL (BLOG) – I didn’t need the Programa Estado de la Nación (State of the Nation Program) to tell me food prices in Costa Rica are higher than other parts in Latin America.

In my unscientific and probably worth to no one study I used Pricesmart since it has stores across Central America (Panama, Nicaragua, Honduras, Guatemala, El Salvador and Costa Rica), the Caribbean and now venturing south, Colombia. The stores are all operated by the same company and, with some regional difference, look all the same and have the same products. Also, my Pricesmart club membership card works in all.

Not having a budget like survey companies, I could only do one country, so I chose Colombia. The city of Cali specifically.

So, a few months back, armed my shopping list of a dozen items I normally buy in Costa Rica, I was able to compare prices between Ticolandia and  and the land of the Salsa. No, not the stuff you put on nachos, the dance.

Pricesmart operates four stores in Colombia (45 million plus population), two in Cali, one in Barranquilla and the first store opened last week in Bogota. In Costa Rica (4.7 million population) it operates six stores.

What I found was a difference of about 30% less in Colombia over Costa Rica.  Except the roasted chicken.

My great Colombian friend working at Pricesmart in Escazú laughed at the reason I was given for the high price of chicken at the Pricesmart Cali store: their chicken is imported! Yeah, from Medellin or Bogota, maybe.

My survey may not be scientific, but what I do know is that every time I go to the supermarket in Costa Rica I have to bring more colones with me.

QCOSTARICA - No doubt, vaccines are one of the most powerful tools to maintain control of Covid-19, but when it comes to entire populations,...
Reports

QTECH - Whether due to the global economic crisis caused by the Covid-19 pandemic or due to shortages of electronic components, raw materials, factory...
Entertainment