A key employee in Bogotá (Colombia) of the Canadian oil company owners of the drug plane flown by Costa Rica’s Presidenta Laura Chinchilla was at the heart of the Contra Cocaine pipeline profiled by the late author Gary Webb in his 1996 best-seller “Dark Alliance.”

David Scott Weekly was both a CIA agent and drug trafficker, according to Webb’s book. His nickname was “Dr. Death.”

Today that same man is in Bogotá, reports Colombian newspaper “El Tiempo,” lobbying the Colombian government for oil leases for an oil company exploring in the jungles of the Amazon Basin, with ties to alleged drug trafficker Gabriel Morales, whose drug plane took Laura Chinchilla for a ride.

In Colombia today, there is a a brand new type of oil venture: the narco-energy play.

El Tiempo reported, “Nobody has explained how a man with a past as singular ends litigation on behalf of a company whose promoters have ties to the oil Ricardo Morales, star of judicial scandals in Colombia.”

“Why does a Vietnam veteran, an expert on weapons and the training of mercenaries, so frequently visit the offices of the National Hydrocarbons Agency (ANH) in Bogota?” asked El Tiempo.

The question may have been rhetorical. The answer is anything but.

A spy novel come to life

Costa Rica’s Presidenta, sounding defensive and shrill, sacked three officials of her Aministration for what she conceded had been a “mistake.”

But many seem convinced the coziness they saw between major drug traffickers and their elected officials was evidence of far more than a lapse in judgment. And despite being Central America’s first elected woman leader, Doña Laura Chinchilla is not beloved by her people.

Polls consistently show her to be the most unpopular President in modern Costa Rican history, perhaps because populations in third world countries have grown increasingly wary of the type of neo-liberal NGO’s (non-governmental organizations) based in Washington DC, for whom Chinchilla has worked for much of her career.

The Latin American press dubbed the aircraft in question the “Plane of Shame,”  and focused on identifying the powerful government officials who, like Laura Chinchilla, had availed themselves of its use, pointing out that the sheer number of senior Colombian and Costa Rican officials who had rubbed elbows on the plane with lieutenants for one of the worlds biggest drug lords was a measure of the corruption and hypocrisy of their ruling Latin American elites. 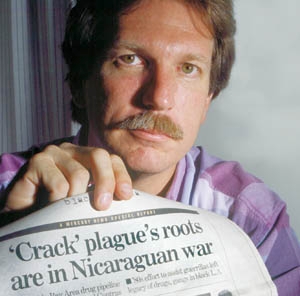 According to Gary Webb’s Dark Alliance, David Scott Weekly was a crucial component in the major cocaine-trafficking ring headed up by Danilo Blandon in Southern California to support the Contras.

When federal and local law enforcement officials executed  warrants on a dozen locations in October of 1986, a major focus was the home to a former Laguna Beach police officer named Ron Lister.

In an official report, a detective on the raid wrote: “Lister … told me he had dealings in South America and worked with the CIA and added that his friends in Washington weren’t going to like what was going on. I told Mr. Lister that we were not interested in his business in South America. Mr. Lister replied that he would call Mr. Weekly of the CIA and report me.”

After the controversy erupted, the CIA conducted an internal investigation, which cleared itself of wrongdoing, an act so audacious as to render satire useless.

In seeming contradiction to its own report, however, the OIG’s report also stated that Weekly was heard on tape saying that he was “tied into the CIA and (Eugene) Hasenfus” and reported to the “people reporting to Bush.”

“Hasenfus” of course, is Eugene Hasenfus, who was wearing a parachute and survived—he wasn’t supposed to—when his military cargo plane (Barry Seal’s old C123) was shot down over Nicaragua. His capture, as well as documents found on the plane, set off the Iran Contra Scandal.

“Shell” oil companies without the “Royal Dutch” in front

Today the Contras are nothing more than a long-forgotten nightmare. But David Scott Weekly is very much alive, and working in Bogotá, for an outfit called Montco Energy.

Even though the drug plane was controlled by Gabriel Morales Fallan, a man of many aliases, none of them truly convincing, the Citation 3 is leased in the name of Thorneoloe, the predecessor to THX Energy. (See FAA registration pdf here.) 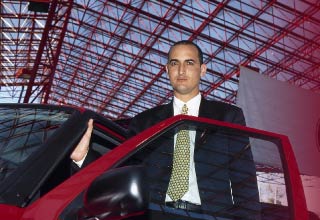 So David Scott Weekly’s Montco Energy and THX Energy would be competitors, seeking the same prize: oil leases granted by the government of Colombia.

In theory, perhaps. In real life, not so much. The reason: Montco Energy and THX Energy are owned by the same people, or perhaps even the same person: Andy Defrancesco.

How did that happen? Let’s take a look.

In Panama in 1995 Fallan incorporated a company called Thorneloe, which is the name the plane is listed under in official FAA documents.

Thorneloe, a Panamanian-registered company, has since changed its names three times.  It has been listed variously as Thorneloe Corp, Thorneloe Energy, THX Energy, and, currently, THX Oil & Gas SA.

Where the drugs come in
In 2003, Gabriel Morales was fingered by officials as a lieutenant of Juan Carlos Ramirez Abadia, alias el Chupeta, who ran Colombia’s largest remaining drug cartel, the Norte del Valle Cartel. While on the run he apparently had plastic surgery to hide his identity. The result looks a little like a cross between Michael Jackson and a chupacabra.

El Chupeta, from one of Columba’s  wealthiest and most prestigious families, was trained as an economist, but despite his fine manners and careful elegance, he ended up as the boss of the Norte Valle Cartel.

While Fallan, also Colombian, spent much of the past decade pretending to look for oil—incorporating a dozen companies in Panama with names implying brawny men in hard hats facing down the elements—he was not-so-secretly working, according to numerous published reports, as a lieutenant of El Chupeta, who became almost by default one of Colombia’s biggest drug traffickers when the last Cali Cartel boss went down in the 1990’s.

Fallan left Colombia in 2002. He was afraid, he said, of retaliation from the FARC for snitching on their evil commie drug trafficking ways. In exile, he spent several years in, of all places, Texas. Little is known about his stay there (but much is suspected.) Finally he settled in Costa Rica, where he changed his name, married a local girl and became a citizen.

Then El Chupeta was captured, in Brazil in 2007, and extradited to the United States a year later.

On learning this, Fallon, no dummy, didn’t wait for the DEA to come for him. He went to the U.S. looking for them, and came to an arrangement, according to published reports, that in exchange for information about drug trafficking and money laundering the DEA would allow him to relocate in Costa Rica without molestation.

For her part, the details of this agreement were kept from her, sniffs Laura Chinchilla.

Back to the budding Petro-Coke Mergers 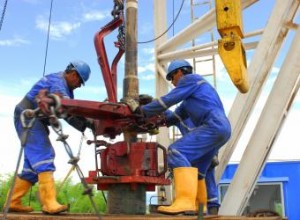 Several years ago the government of Colombia launched an ambitious program to bring foreign investment into the country’s oil sector. Called Round Colombia 2010, the government let exploration and exploitation contracts on  76 blocks. For whatever reasons—and surely they were plenty and various—CIA Contra Cocaine veteran Scott Weekly’s Montco Energy, the darkest of dark horses, won big.

Hearing whispers from the wings of Mob involvement, the Colombian government experienced a relatively rare phenomenon called seller’s remorse, got cold feet, and nixed the Montco contract, citing several reasons: Montco’s records weren’t in order. Montco’s offices in Texas and Canada were just post office boxes. And an oil well Montco claimed to own in the west African nation of Gabon doesn’t exist.

A Colombian business magazine published a story about it under the headline:  “Mob attempt to penetrate the oil sector?”

Proving it’s a small world, after all
Riding to the rescue to attempt to salvage the situation for Montco came Andy DeFrancesco (who owns Delavaco Capital, and THX Energy, remember?)

In the strangest of coincidences, Andy DeFrancesco had originally incorporated Montco Energy, back in 1992 in Fort Worth Texas!

Given his colorful history, if Scott Weekly is today working for an oil company which owns a drug plane, then things all seem to fit, do they not? David Scott Weekly’s presence in Bogotá now becomes understandable.

And once again, and unsurprisingly, Gary Webb’s reporting is verified.

Talk about shades of Iran Contra.

One big question remains: Authorities said the Gabriel Morales-THX Energy-David Scott Weekly drug plane flown by Laura Chinchilla was being watched and suspected of moving drugs for more than three years… Why, then, was it allowed to continue flying? And also… is it still flying?

In the absence of a definitive answer, and given what’s known today about state involvement in drug trafficking everywhere from Colombia to Honduras, from Venezuela to the good ol US of A… it does not seem wildly unrealistic to conclude the plane was hauling drugs with official impunity.
Article by Daniel Hopsicker  and originally published at http://www.madcowprod.com/2013/08/12/narco-jet-in-costa-rica-scandal-tied-to-iran-contra-figure/

Today, Monday, June 14, vehicles with plates ending 1 & 2 CANNOT circulate The measure is countrywide and applied between 5:00 am and 9:00 pm,...
Entertainment

QCOSTARICA - A moderate decline in new cases for the third consecutive week allowed the hospital system to avoid the dreaded collapse and rapid...
Politics