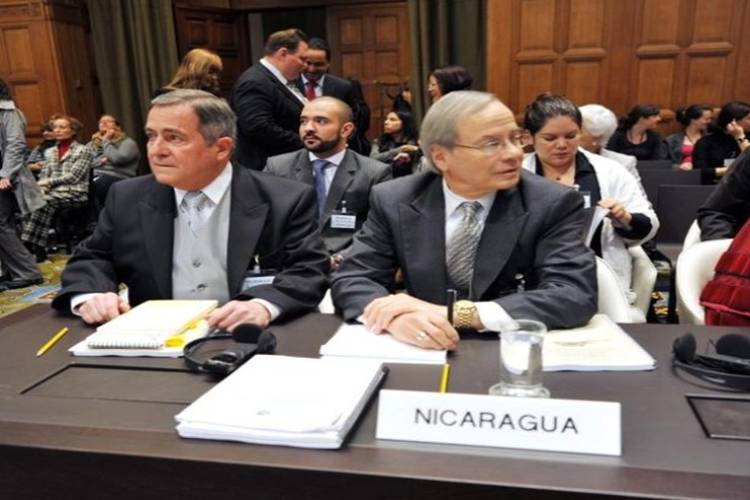 Nicaragua this morning denied before the International Court of Justice in The Hague (ICJ) causing “irreparable damage” of the dispute border land known as Isla calero and accused Costa Rica for environmental damage cause with the building of the border road, La Trocha.

“Costa Rica has not provided any evidence to support his argument of irreparable harm,” said Nicaraguas’s legal counsel, U.S. attorney Paul S. Reicher to the ICJ.

Costa Rica and Nicaragua have been locked into a skirmish over the swampland since October 2010, both sides firing accusations of invasions and environmental damage to the area.

The case is before the ICJ, establishing measures on both sides while it rules on the filings.

The hearing that saw Costa Rica on Monday present it case against the court, is over alleged canals that Costa Rica says Nicaragua is building.

Nicaragua has denied any such canals, reiterarting that on Tuesday before the court.a

Q REPORTS (DW) In Peru, the left-wing village school teacher Pedro Castillo has in all probability been elected the new president. The fact that...
Weather