After the director general of Costa Rican Foreign Policy, Christian Guillermet expressed concern of the violence in Nicaragua since Thursday, the Nicaragua Foreign Ministry issued a statement, pointing out the particularities of domestic policy and decisions made in Nicaragua “are not the responsibility of the Government of the Republic of Costa Rica.”

In other words, don’t meddle!

Guillermet, in expressing the violence in the neighboring country, made a call for Nicaraguan authorities to resolve the conflict through peaceful means. Guillermet also condemned the censorship – five news television stations were ordered off the air Thursday afternoon – in the media in Nicaragua.

“The Government of Nicaragua draws the attention of the Government of Costa Rica on the principles of non-interference and non-intervention in the internal affairs of other states and peoples and reminds it that we are all signatories of international obligations that require respect for sovereignty and normal decisions,” says the statement sent by the Nicaraguan authorities. 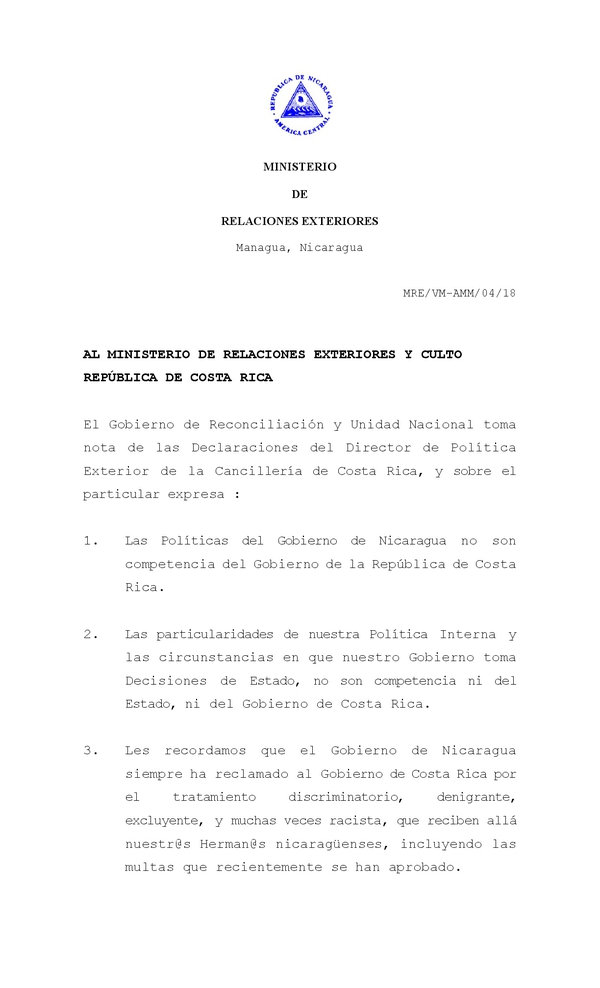 The document adds that the decisions made in Nicaragua only “correspond to Nicaraguans who live and work in the country.” 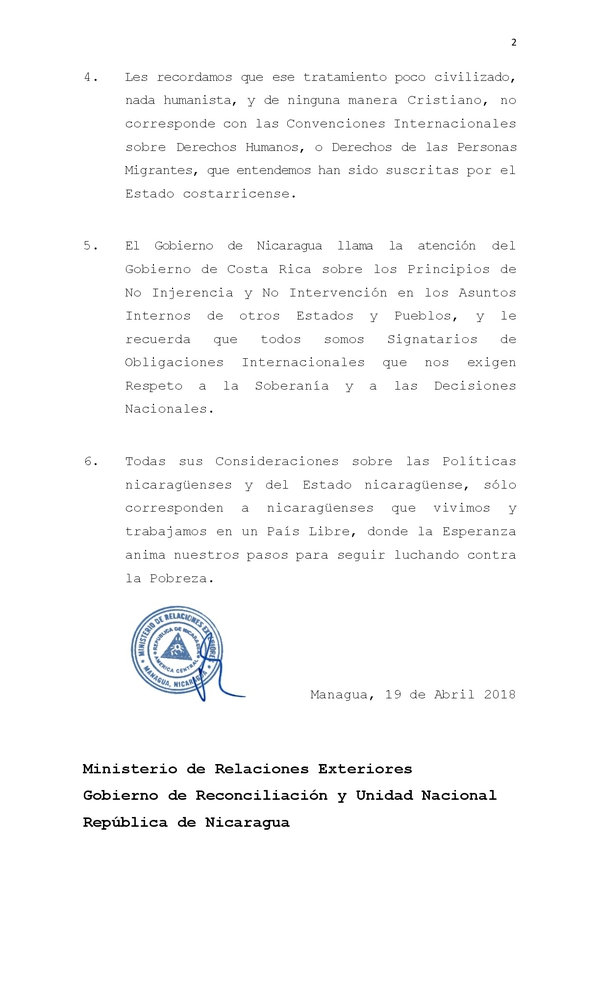 Since Wednesday, hundreds of protesters took to the streets of Nicaragua to protest against reforms to the pension system of the Nicaraguan Social Security Institute (INSS). On Thursday there were clashes between the population, those against the new policy and support of the government decision and the anti-riot forces.

On Thursday, three deaths and many injured resulting from the clashes between the opposing forces and police.

A comment posted on the social media called the situation in Nicaragua, “A dictatorship with its days mumbered. Another massive immigration (into Costa Rica) is coming.”

Roberto commented, “What the Government of Costa Rica did is a diplomatic act because it people are dieing. It is not interference. It is the concern of a country that promulgates peace.”

For the latest on the Nicaragua situation, visit Today Nicaragua.