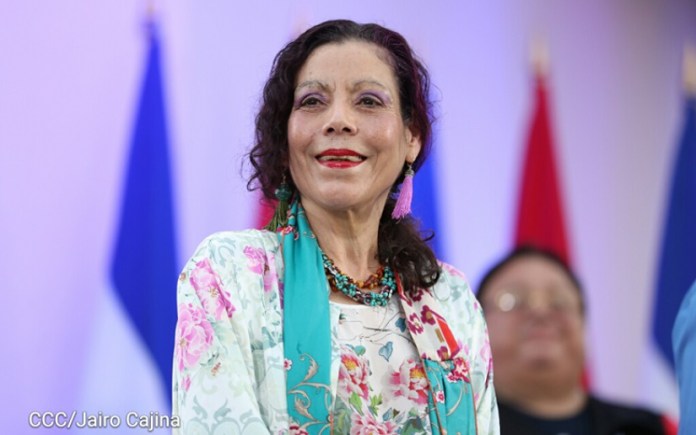 The government of Daniel Ortega, through its spokesperson, Vice-president and First Lady, Rosario Murillo, on Friday accepted a call for dialogue by the private sector to discuss a new set of social security measures, which have led to widespread protests and violence in the country that killed at least seven persons and injured more than 100 in three days.

Murillo on Friday said that the government has decided to accept the call by the business guilds to come to the dialogue table to discuss the contentious social security measures and other issues.

On the official government website, el19digital.com (in spanish), Murillo said, “Our President, Commander Daniel, has asked me to inform the Nicaraguan people that the State, the Government, the Presidency of the Republic have accepted this call to reinstate the dialogue table … none of the parties have concluded or have closed the dialogue, alliances and consensus … we are listening to the call of the Superior Council of Private Enterprise of our country, we are responding to this call by confirming our willingness to to resume that open, frank dialogue (…)”.

The Vice-president left room to maneuver, saying, “remember that these are not finalized proposals, it is only a resolution of the INSS directive, but they are not proposals yet. There is no conclusive conclusion or determination, it is a proposal that can be continued working.”

The private sector on Friday had called for a march for peace and dialogue on Monday and urged authorities to respect their right to protest on the streets. The call came on the third consecutive day of protests and violence in Managua and other cities across the country.

The new social security administered by the INSS (Instituto Nicaragüense de Seguridad Social) increases employer and worker contributions to the fund and reduces overall benefits to retirees by 5%.

The approved pension reforms has employees to pay 7% of their salaries, up from 6.25%, while employers will have to contribute 21%, up from 19%.

Experts say the increases are a government tactic to avoid the INSS from going bankrupt and fears the reforms could increase unemployment, lower consumer consumption, and competition and endanger the country’s business climate.

Critics say mismanagement, some even go as far as calling it an outright robbery on the part of the government, the reason for Nicaragua’s troubled social security system.

- Advertisement -
Paying the bills
Previous articleNicaragua Tells Costa Rica To Mind It’s Own Business. Diplomatically Of Course!
Next articleIn 1895 Argentina Had the World’s Highest GDP Per Capita: What Went Wrong?

QCOSTARICA - The contagion rate of covid-19 in Costa...
Health