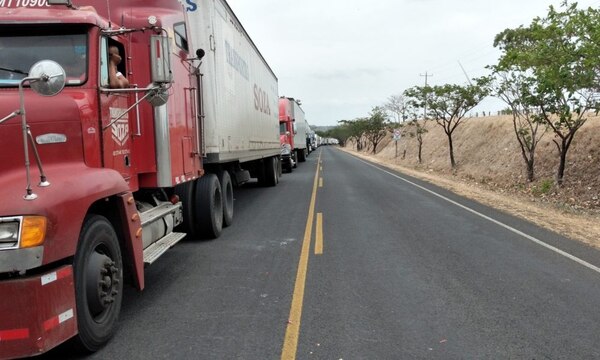 “We are going to definitively block traffic to pressure governments to resolve,” said the president of the Nicaraguan Transport Association (ATC), Marvin Altamirano.

“The measure to prevent the passage of Costa Rican buses and vehicles into Nicaragua began on Tuesday afternoon and will be extended until the restrictions on the passage of transport to Costa Rica are lifted,” Altamirano said.

Nicaragua President Daniel Ortega denounced last week that there are more than 1,000 Central American cargo trucks parked on the northern border due to “unilateral measures”Costa Rica established for entry after some 50 truck drivers tested positive for the coronavirus.

The Federation of Chambers and Associations of Exporters of Central America and the Caribbean (Fecaexca) pointed out that the restrictions on entry to carriers imposed by Costa Rica limit intraregional trade and cause millions of dollars of losses.

The Guatemalan Ministry of Economy, for its part, pressured Costa Rica on Wednesday to find “viable solutions” for “the good of the Central American integration process,” and avoid affecting the competitiveness in the region.

The measure was agreed to by Panama at the southern border, that allowed clearing the border blockade, but not by Nicaraguan authorities.

- Advertisement -
Paying the bills
Previous articleCoronavirus in Costa Rica: 28 new cases, “main risk for the country is Nicaragua”;
Next articlePerception of the economy: 76% of Costa Rican say it is the worst time to buy a house

Q REPORTS (Bloomberg) The Biden administration is working on...
Nicaragua