The situation in Nicaragua will likely get worse before it gets better. 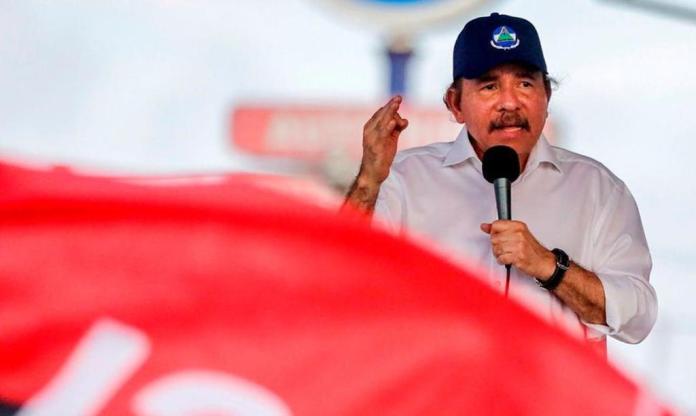 President Daniel Ortega on Saturday ruled out early elections. In a rally of his supporters, in Managua, came Ortega’s response to the demand made by bishops of the Episcopal Conference last month, demanded Ortega to call an election for March 2019, ahead of his January 2022 mandate.

“Here the rules are set by the Constitution of the Republic, through the people. You don’t just change them overnight because a group of coup plotters got the idea to do so,” Ortega said.

Ortega, who has not appeared in public since May 30, assured that if “the coup leaders” -as he calls an opposition movement demanding his exit from power – “want to form a government, the seek the people’s vote.”

“We will see if the people will give the vote to the coup leaders who have caused so much destruction in these weeks, there will be time for the elections, everything has its time,” said the president, along with his wife and vice-president Rosario Murillo, from a platform in the rotonda that bears the name of the late Venezuelan socialist leader Hugo Chávez.

Opponents accuse Ortega, who has governed since 2007 for the third consecutive period, to establish with Murillo a dictatorship marked by corruption and nepotism.

“The sowers of the tares are planting terrorist tactics to kill their Nicaraguan brothers,” denounced the 72-year-old ruler, describing them as “vandals” and “gangs of criminals”.

“Down with the coupists!”, “Not one step back!”, “He stays, my commander stays!”, We want peace,” shouted Ortega followers of Ortega, waving flags of the ruling Frente Sandinista de Liberación Nacional (FSLN).

“I am a revolutionary woman and I am defending my homeland from the rightwing coup and its vandals, the Sandinistas are pacifists, but if they seek us they will find us, they are the violent and blame the government for the dead,” said Martha Candray, a 57-year-old former military.

“I’m supporting Comandante Ortega, the only one who has watched over the poor against the right-wing coup, which is lying …, the hooded is theirs, the ones who are assaulting people,” Guillermo Ramirez, a 43-year-old mason, told AFP.

Thousands of Ortega supporters attended the rally where he spoke on Saturday.

However, the Alianza Cívica por la Democracia y la Justicia (Civic Alliance for Democracy and Justice) – made up of sectors of civil society that is in opposition to Ortega, demand his resignation and that of his and his wife.

Ortega, a 72-year-old Sandinista ex-guerrilla, governed Nicaragua for a decade after the triumph of the popular insurrection that, commanded by the FSLN, overthrew the dictator Anastasio Somoza in 1979.

Ortega is a former leftist guerrilla who came to power with the popular uprising that defeated the dictator Anastasio Somoza in 1979 and retook the presidency in 2007.

Defeated in the 1990 presidential elections by Violeta Chamorro (1990-1997), Ortega remained Nicaragua’s dominant political figure even during a 17-year hiatus, returning in 2007 to be elected president, and now in his third consecutive term.

For the time being, though, Ortega and Murillo, remain firmly in control. But signs are growing that the president’s position has been shaken. Former President Enrique Bolanos (1997-2007) has called on Ortega to step down, and even, Humberto Ortega, a former head of the army, called this week on his brother to hold early elections next year.

“If Daniel Ortega hadn’t turned to repression, to violence against peaceful demonstrators, nothing would have happened,” Pedro Joaquin Chamorro, the son of Violeta Chamorro, told the Washington Times. “[But with] blood spilt in the streets of Managua, the murders of children, of youngsters, of students — and to continue it instead of stopping it — the thing has already turned irreversible.”

The situation in Nicaragua will likely get worse before it gets better. “We’re dealing with an administration that’s battle-hardened: These are old-guard revolutionaries. They fought and won wars. There’s a bit of a siege mentality that is part of the current thinking,” is the opinion of Christine Wade, a political scientist at Washington College in Chestertown, Maryland and a co-author of “Nicaragua: Emerging from the Shadow of the Eagle”.

Wade told the Washington Times, “although not inclined to leave either quickly or quietly, Mr. Ortega also may no longer hold the political capital to serve out his term”.