The drones that were originally known as the Iranian Mohajer-2, are now identified as the Antonio José de Sucre-100 with anti-tank and anti-personnel capabilities. 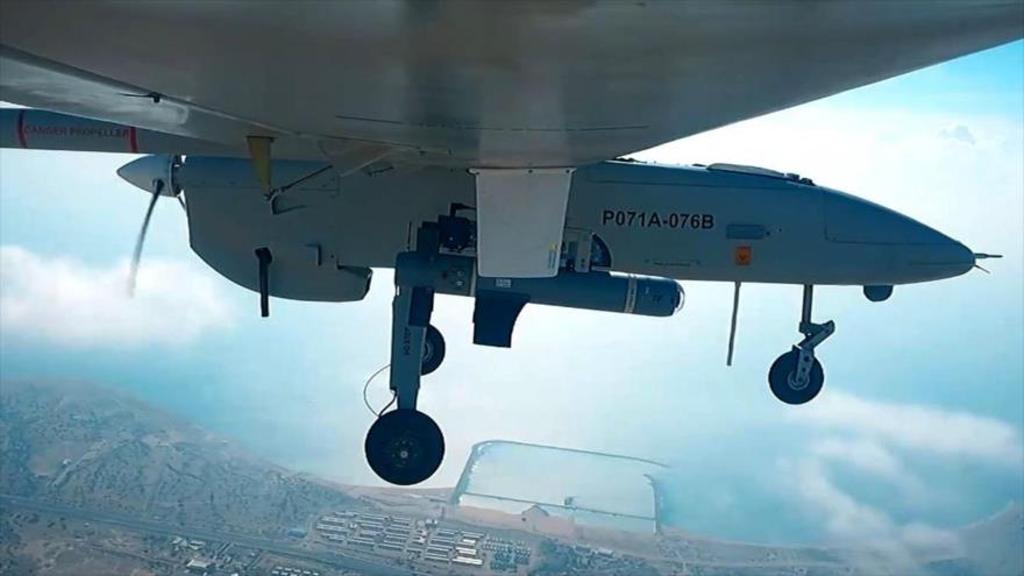 Q24N –  The regime of Nicolás Maduro showed for the first time, during the military parade on July 5, the Iranian combat drones assembled in Venezuela.

“The aerospace power is presented to you, headed by the Generalissimo Francisco de Miranda No. 8 air group for intelligence, surveillance and electronic reconnaissance, with unmanned aerial systems of national design and manufacture,” boasted the narrator of the national television network. radio and television.

The drones that were originally known as the Iranian Mohajer-2, are now identified as Antonio José de Sucre-100 (ANSU-100). These are drones that were modernized and armed in Venezuela by National Aeronautical Company, S.A. (Eansa), the subsidiary of Conviasa dedicated to the manufacture of aircraft.

“Observation, reconnaissance and attack, with anti-tank and anti-personnel capabilities”, were some of the attributes of the equipment described during the parade.

During the event, in which the 211 years of the country’s independence were celebrated, the Antonio José de Sucre-200 (ANSU-200) model drone was also shown. The weapons were manufactured with indigenous Venezuelan design and Iranian support.

As described by the narrator of the parade, the unmanned aircraft has “flying wing, speed, high stealth and observation, reconnaissance, attack, anti-drone hunting and suppression of enemy air defense.”

In February, Israel accused Iran of planning to arm drones supplied to Venezuela with precision munitions, comments that seemed aimed at raising alarm in Washington as world powers try to finalize a new nuclear deal with the Islamic republic.

Venezuela said in 2012 that Iran was helping it build drones for self-defense. The two countries, members of OPEC and long at odds with Washington, also cooperate on oil exports.

At a briefing earlier this year with Jewish and American leaders in Jerusalem, Defense Minister Benny Gantz showed photos of what he described as an Iranian UAV (unmanned aerial vehicle) in Venezuela.

“Our assessments show that Iranian PGMs (precision-guided munitions) are being delivered for these UAVs and other similar models,” Gantz said.

Iran denied supplying military drones to any of its allies, trying to build nuclear weapons or supporting terrorism.

Israel supported a 2018 US exit from the Iran nuclear deal and, now that Washington is involved in negotiations to revive the deal, has urged caution.

(With information from Reuters and Infobae)

- Advertisement -
Paying the bills
Previous articleBar owners reject discussion on reduction in hours due to increase in violence
Next articleAbortion: Salvadorean woman sentenced to 50 years

Should I Cancel My Trip Because Of Coronavirus?

OPINION - It has been some years since I visited my...
Read more

QCOSTARICA -From Alan Jara, we have a photo of...
National