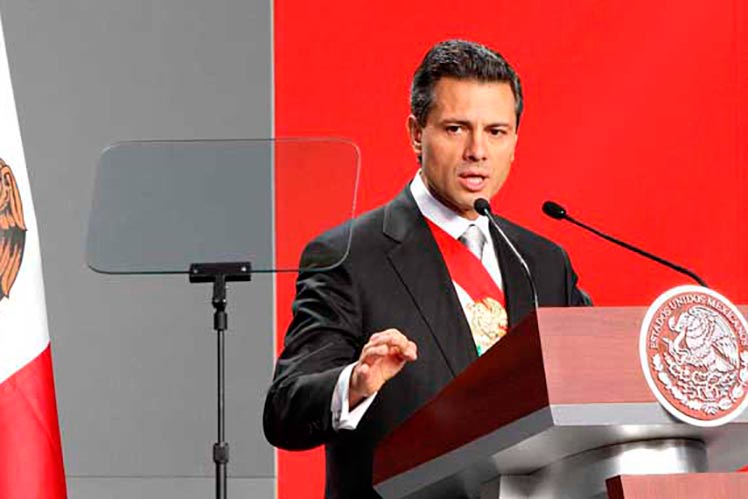 (Q24N) Mexico’s President Enrique Peña Nieto reaffirmed he will defend the interests of his country and a constructive agenda with the United States.

The Mexican president said that his government will punctually set Mexico’s position in the negotiation process that will define the bilateral relationship with the United States, which will include the North American Free Trade Agreement (NAFTA) and many issues between the two countries that share a long border and common interests.

My main interest is to watch over Mexico’s interests in the different spheres of bilateral relations, Peña Nieto said.

Nieto expressed his point of view in this regard in statements to the press.