Now That Bitcoins Are Worth More Than Their Weight in Gold, Is It Time For Central Banks To Make Their Own?

(Q24N) The history of gold trading can be traced back hundreds of years while bitcoin, a digital currency that uses encryption and works independently of central banks, has been around for less than ten. 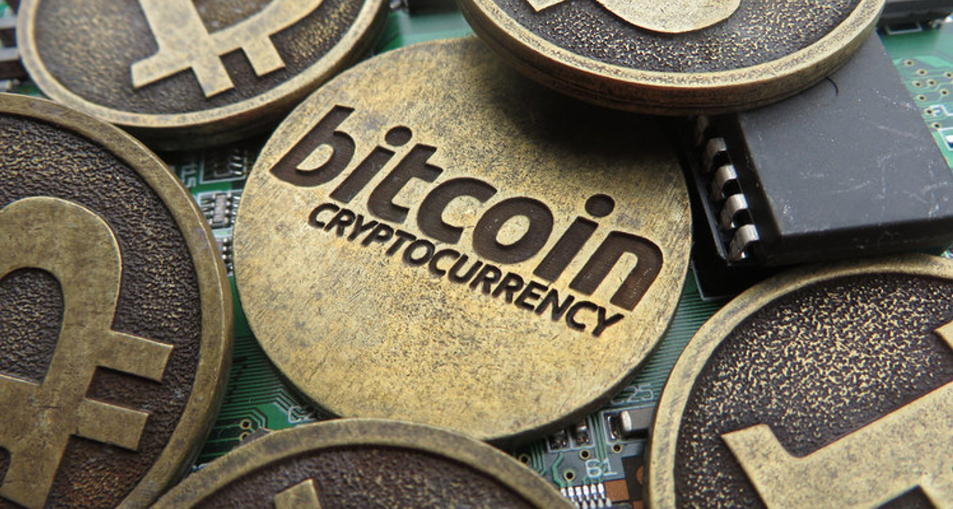 But the cryptocurrency is now starting to challenge gold as the investment of choice. Its meteoric rise is such that on March 3 2017, bitcoin overtook gold for the first time, trading at US$1,290 compared to US$1,228 for an ounce of gold.

All the gold that has ever been mined would easily fit under the legs of the Eiffel Tower – in fact, multiple times. Gold’s scarcity is one reason for its value. Another reason is that it’s a very nonreactive metal so it doesn’t tarnish, which is important if you’ve invested millions and don’t want it to slowly deteriorate.

Most governments keep some of their funds in gold (as the video below explains). But although gold is seen as a safe haven in times of crisis, it is still subject to the usual market fluctuations of any commodity. Once the bitcoin reaches its full potential (all bitcoins are mined) the value will be much more stable.

Read more: Silver is an exciting precious metal to add to your collection as it is used not only as jewelry but as an essential industrial resource. Get silver coins.

How much gold is there and why is it a good investment?

Bitcoin is a virtual currency used for electronic purchases and transfers. It has recently been gaining popularity and a growing number of businesses, including WordPress, Overstock.com, and Reddit, now accept it as a form of payment. Microsoft already accepts bitcoin payments through its Windows 10 and Windows 10 Mobile platforms, while those shopping online at Shopify may use bitcoin as payment.

Bitcoin is also moving outside the virtual space; what may be the world’s first bitcoin store, House of Nakamoto, opened early this year in Vienna. There, people can buy bitcoins for euros, and vice versa, from a dedicated bitcoin ATM. Drinkers in Cambridge can pay for beers at a pub called The Haymakers.

The number of bitcoins is capped at 21 million. As of March 2017, there were almost 16.2 million circulating. The supply of coins grows steadily because of the way bitcoin is programmed. Each “miner” (“mining” is lingo for the discovery of new bitcoins – anyone with computer knowledge and access to blockchain software can act as a miner) introduces new coins to the supply at a rate of around 12.5 coins every ten minutes.

Mining is the process of adding transaction records to bitcoin’s public ledger of past transactions (blockchain). The blockchain confirms transactions as having taken place to the rest of the network.

Even as far back as 2013, bitcoin was worth almost as much as gold. And, at the end of 2016, the total value of bitcoins in circulation was US$14bn.

In fact, bitcoin exhibits similar features to gold – limited global supply, maintaining value and hedging against global market volatility. Such is the exuberance in bitcoin investment that it actually outperforms the precious metal, generating an annual return of 155% compared to gold’s annual loss of 6% during the same time period.

Even though Bitcoin seems a profitable investment tool, its value can be as volatile as the value of the gold, depending on the perceived risk of owning bitcoin as a commodity. Bitcoins are encrypted for security purposes, but while the coding identifies the currency itself, it does not identify its owner. If someone hacks the miner system and gets a secret bitcoin code they will eventually become the rightful owner.

What, then, is pushing the investment value of bitcoin? One driver is increasing demand from developing countries, especially Brazil, Russia, India, China, and South Africa. These countries are experiencing economic distress and weakening currencies, making their local currencies unpredictable and volatile. As a result, it’s becoming increasingly popular to use bitcoin as a natural hedge against paper currency.

Another contributing factor to the rise of bitcoin is the possibility of a trade war between US and China. US President Donald Trump has indicated that he may impose 45% tariff on Chinese imports. This may lead to a weakening yuan, and capital outflow from China as investors will resort to more stable currencies such as euros.

The hike in bitcoin’s price during financial troubles is also a testament to its increasing attraction as a hedging tool.

When Cyprus’s economy crashed in 2013, the price of bitcoins spiked as people resorted to other forms of payment than the national currency. In 2015, when the Chinese currency was in free fall, people in the country turned to bitcoin alongside gold.

And after the Brexit vote in the UK, when global currencies and stock markets tanked, bitcoin’s value rose more than US$100 compared to the previous day. This was mainly due to some of the speculative money flowing out of the pound and yuan making its way to bitcoin.

Bitcoin is not just getting increased interest from tech-savvy individuals and banks such as Barclays, BBVA, Commonwealth Bank of Australia, Credit Suisse, JP Morgan, State Street, Royal Bank of Scotland and UBS. Governments are also lending support to the cryptocurrency.

The Australian government plans to reduce tax on bitcoin transactions. Current treatment of the digital currency under the goods and services tax (GST) law means that consumers are “double taxed” when using it to buy anything already subject to GST. The government plans to change this.

Meanwhile, the UK’s chief scientific adviser has said that governments should use bitcoin’s underlying technology – blockchains – to help with taxes, benefits and passports.

Taking its cue from bitcoin, the US government is planning to launch a legalised cryptocurency called Fedcoin, which can be exchanged for a physical dollar. Bitcoin is not considered legal tender because it is not backed by any government.

Bitcoin pricing is also motivating the much anticipated establishment of the first bitcoin exchange-traded fund (ETF) in the United States. An ETF is an investment company that has no restrictions on the amount of shares it can issue.

The approval of a bitcoin ETF would make the cryptocurrency more attractive to risk-averse institutional investors as it would allow an easier way to gain access to bitcoin than buying it directly.

Such is the dominance of bitcoin that the Bank of England issued a white paper on the subject, investigating the possibility of central banks minting their own cryptocurrencies.

Bitcoin’s appeal, compared to gold, comes from two factors. First, it can be used as a easy medium for payments (for a limited but growing number of transactions), which gold cannot replicate. And with their limited supply of 21 million, bitcoins are likely to attract higher demand compared to gold.

The debate over the supremacy of gold versus bitcoin will continue. What we can say with certainty is that we cannot use gold to buy bitcoin directly but bitcoin can be used to buy gold. You can decide which you prefer.

This article was originally published on The Conversation and republished here with permission. Read the original article.

Q24N (Reuters) El Salvador has become the first country in the...
Read more

QCOSTARICA - For the first time in two months, less than 800 new cases of covid-19 in a single day were registered on June...
Pura Vida

QCOSTARICA - Strengthen the attraction of Costa Rica to attract high-tech, innovative, and science companies to invest, is an initiative that stands out in...
Guanacaste

QCOSTARICA - Changes in consumption habits in terms of times, types of preparation and specialties challenge the coffee sector. Most of the consumers in Costa...
Health