Now You Can See Censored Films At the Magaly 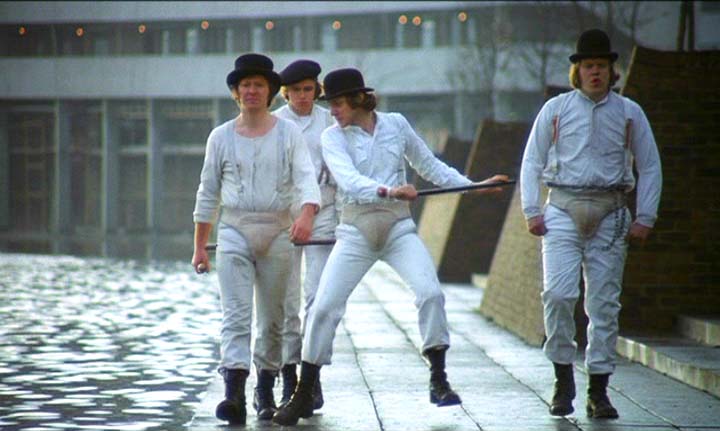 Nowhere has censorship done more violence to art than in the film industry. The Magaly Theatre has dedicated this month to a program of censored films that Costa Ricans may have never seen before. Their release dates range from 1950 to 2008.

Magaly’s press release observes, “In the cinema, there are distinct kinds of censorship: Politics that mutilates content contained in the film, the fear of sex and the business which evaluates films on their probable profitability.” They don’t mention the rating system in Hollywood that guts scenes to gain a wider audience.

The reasoning behind most censorship is murky, if it can be called reasoning at all. For example, it is said that La Ronda was censored simply because it was based on a story of polemic writer Arthur Schnitzler. If so, it is guilt by association with no relation to the movies.

With Hunger, there is no doubt — the reason to censor it was political, since it portrayed conditions in British prisons that Irish convicts suffered through. You didn’t have to be an IRA member to deplore it. Like most official censhorship, the reason is simply to cover up government embarrassment.

But these shows just scratch the surface of censorship, but it’s a bold step for Magaly and should be lauded. A panel of local film experts, including the redoubtable William Venegas of La Nacion, TV critic Sergio Beeche and filmaker Jurgen Urena will guide the audience through the analysis.

Of Magaly’s astute assessment of censorship, the one that seems the most capricious is the fear of sex — or anything remotely having to do with it. While brief nudity is acceptable in one’s home on cable television, it often results in cropping meaningful scenes out of movies.

This also has a lamentable effect on the art — self censorship. Many times those who wield the scissors in the cutting room are the studio executives themselves, worried that they will get the prohibition of those under 18 rating which will cut into their most lucrative audience.

It is a relic of the 1950s when portrayals of married couples in the bedroom invariably had them wearing pajamas and sleeping in separate beds. Men could be shown without shirts but not women. (Heaven forbid!) Apparently all babies were the product of immaculate conception and not just Christ…

Today, Sunday, June 13, only EVENS can circulate. The measure is countrywide and applied between 5:00 am and 9:00 pm, save for those under the...
Environment