One Or Two Presidents Plus Epsy Campbell Barr? Asks Q! 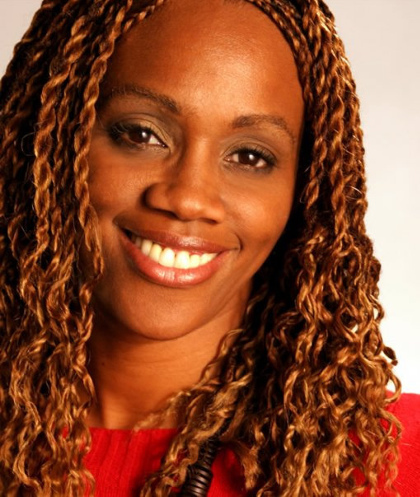 With the inevitable anointment of Johnny Araya as the last man standing candidate of Partido Naciónal Liberación (PLN), the remaining questions are; has he already peaked in his run for office? Who has more power, the current President, Laura Chinchilla or the Liberación candidate, Araya?

As can be expected in Costa Rican politics, there is now a mad scramble to find a suitable opponent to Araya and the powerful Liberación party.

Regardless of who does what, it appears we have seen the end of “Arisismo”, or the rule of Oscar Arias. More important, with that, the demise of neo-liberalism.

Not yet dead, as late as Wednesday, January 9, 2013 the Arias supporters, after the withdraw of Rodrigo Arias from the race to Zapote, have been searching for a surrogate to carry on the rule of government. But then again, who remains inside Liberación that could possibly challenge Johnny Araya?

This is a country, until the Oscar Arias administration, which historically has leaned left of center. Araya’s position is just that as he contends that the left of center tradition is a poor mix with neo-liberalism.

For those who do not know, according to Corporate Watch Neo-liberalism is:

THE RULE OF THE MARKET. Liberating “free” enterprise or private enterprise from any bonds imposed by the government (the state) no matter how much social damage this causes. Greater openness to international trade and investment, as in CAFTA. Reduce wages by de-unionizing workers and eliminating workers’ rights that had been won over many years of struggle. No more price controls. All in all, total freedom of movement for capital, goods and services.
CUTTING PUBLIC EXPENDITURE FOR SOCIAL SERVICES like education and health care. REDUCING THE SAFETY-NET FOR THE POOR, and even maintenance of roads, bridges, water supply — again in the name of reducing government’s role.

DEREGULATION. Reduce government regulation of everything that could diminish profits, including protecting the environment and safety on the job.

ELIMINATING THE CONCEPT OF “THE PUBLIC GOOD” or “COMMUNITY” and replacing it with “individual responsibility.”

So here we have a neo-liberal president and the liberal presidential candidate within the same party who champions just the opposite. Then the question is which of the two do we support?

Looking further ahead, since the elections are not for another year or so, who will run against Araya with a reasonable budget and grass roots organization to match that of Liberación?

At this time, the only identifiable candidate comes from the PAC party, (Citizens Action Party) which is very much to the “left” and almost won the infamous “NO” vote” referendum regarding Costa Rica becoming ratified as a member of the TLC or better known as the Central American Free Trade Association (CAFTA) and about a smidgen from beating out Oscar Arias as president.

To complicate matters, (Only in Costa Rica where most candidates are some kind of distant cousin) no political party has ever won more than two consecutive terms in office and for Liberación, this would be number three.

As of this writing, Laura Chinchilla is a dead duck president (Not to be confused with “Lame Duck”) who has the weakest approval rating ever regarding leaders followed only by Jose Maria Figueres who decided the railway systems that we are now building were unrealistic and Alberto Pacheco who built a massive fiscal surplus spent by Oscar Arias at the cost of “do nothing” politics.

The Chinchilla weakness becomes Araya’s strength until a viable opponent comes to the fore front.

As time passes between now and the election, who is the real President? Who controls the country, Araya or Chinchilla?
As an added mystery into this milieu of political drama is the presence and pre-candidate of PAC, Ms. Epsy Campbell Barr who could garner enough votes to create, if nothing more, a runoff election against Araya.

Regardless, both are liberal and not at all supportive of neo-liberalism. It could come down to a “Ying vs Yang” with limitations in the election in 2014.

Epsy Cambell is an economist, a former deputy to the congress and co-founder of PAC with Ottón Solis who gracefully bowed out of this election process.

Ms. Campbell is a left of center economist, a progressive liberal, a strong supporter of female rights and activist in support of Afro-American rights.

She is 50 years old, has two adult children and according to the University of Costa Rica, is “brilliant”.
Both candidates bring youth to the office as Araya is only 56 years old.

Campbell could be the most viable challenge to Araya, a very good and honest challenge. If not this turn around, for sure she would be the front runner in 2018.

It might well be a contest of the “left” and further “left” as both would work to have Costa Rica return to where it once was rather than move further into unchartered waters of confusion, corruption, crime and violence.

The PAC party has historically been tied at the hip with socialism, the country’s popular left wing. But that might not be the case with Campbell who has had her ups and downs with both her party and its co-founder, Ottón Solis.

Epsy Campbell thinks as an individual, is not a stranger to campaigns, has won and indeed lost some of her quests, but in the end she offers up a very good fight and just might unseat the all mighty Liberación.
For expats and potential expats, we must consider all of the candidates and their abilities to effect change in order to live and invest in Costa Rica. This online periodical will follow the candidates, their parties and their promises so, please stay tuned