One Third of Costa Rica Households Headed By Women 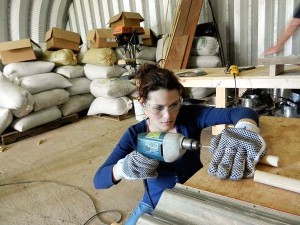 Data from the Ministerio de Trabajo (Ministry of Labour) shows that almost one third – 31% – of households in Costa Rica are headed by women. In fact, 4% of those women have two paid jobs.

The total work force in Costa Rica is made up of 45.2% women.

The Instituto Nacional de Estadística y Censos (INEC) – National Institute of Statistics and Census – numbers confirm the Labour figures, in that at least one in three households in the country has a woman as the head of the family. Important to note that though women work outside the home, they do not let family chores slide, according to the report.

At least one Costa Rica bank, the Banco Popular is directing their products at women. The bank, by way of its BP Empresarias (businesswomen), in a program launched in March 2012 has placed more than ¢2.25 billion colones of credit in micro, small and medium sized businesses run by women. BP Empresarias accounts for 5% of the gross profits for the bank.

RICO's DIGET - As we begin the month of March, I can't help but think back on what we have been through over the...
Employment

Q MAGAZINE - Miss Costa Rica 2020, Ivonne Cerdas, will soon be traveling to Florida to represent the country in the Miss Universe pageant. After...
Vaccine

QCOSTARICA - The Ministry of Health authorized the use of AstraZeneca's Covid-19 vaccine on Friday, based on the conditional marketing authorization of the European...
Travel

QCOSTARICA - Need to leave the country and require a test to detect SARS-CoV-2, the coronavirus that causes covid-19? The Cámara Costarricense de la Salud...
Political Economy

QCOSTARICA - Borrowing its way out of the current financial crisis seems to be objective for the Carlos Alvarado government. Obtaining about US$2.5 billion this...
Front Page

QCOSTARICA - The so-called Costa Rican space agency, recently approved by Congress, does not have to be a bureaucratic giant, with a large office...
Expat Focus

QCOSTARICA - Though the number of new cases daily of covid-19 has been "stable" this past week, the contagion or R rate rose to...