Only Araya And Guevara With Bodyguards During Elections Campaign 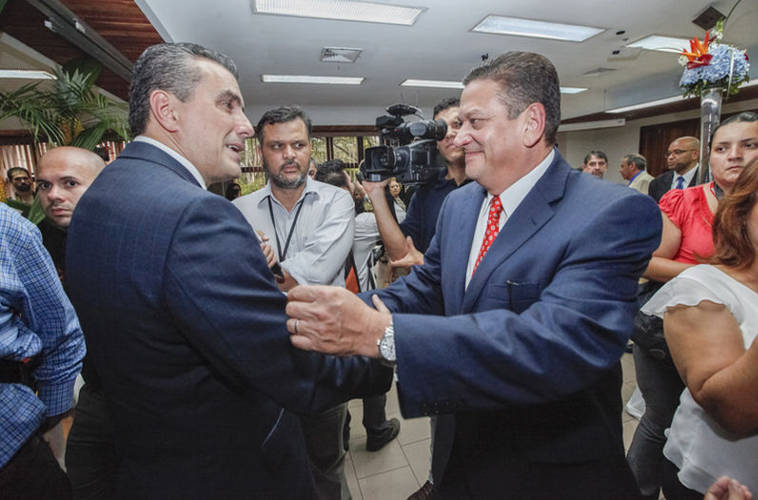 Both say that the security detail is at the behest and expense of their respective parties.

Front runner (according to the latest poll), José María Villalta of the Frente Amplio, says his close associates keep an eye on him while on the campaign trail. He said that his party does not consider incurring such expense throught the campaing.

Over at the Partido Accion Cuiadana (PAC) and Partido Unidad Social Cristiana (PUSC), the respective candidates Luis Guillermo Solís and Rodolfo Piza, say the party has them a driver to attended political events and meetings.

Solís added that he puts his faith in divine intervention to keep him safe.

In recent times Costa Rica does not have a history of violence towards its presidential candidates or presidents.

But, just in case, the president is under the complete care of the Dirección de Inteligencia y Seguridad Nacional (DIS). Besides Costa Rica’s secret service, the Fuerza Pública is in charge of keeping a guard posted in front of the home of the president and former presidents.

In the case of Johnny Araya, a municipal police guardhouse was erected at the edge of the public park, across from his home in Rohrmoser.

Watch the videos on Araya and Guevara explaining their security issues.