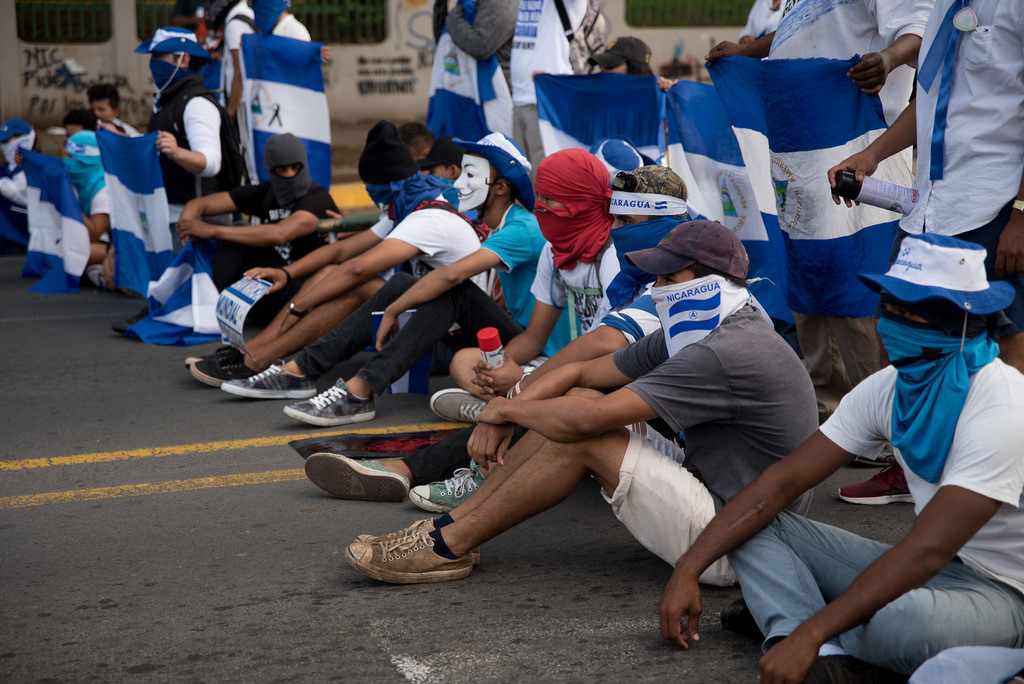 Ortega has been defeated. It’s a strategic defeat, one that’s clearly evident. But it’s a defeat that’s fundamentally occurring in the field of foreign diplomacy, due to Ortega’s own mistakes.

His extraordinary criminal assault on human rights has isolated him on a global level. It’s also an objective defeat via an increasing economic strangulation that makes his regime unviable. However, while his continued rule may be unviable, there’s no national opponent that can claim the victory over the dictatorship.

The fool’s thesis, for those who want to avoid a struggle, is that Ortega will reflect and eventually assist in artificially dismantling his own dictatorial model. To evade a fight, they need Ortega to direct his own tactical defeat.

This creates a contradictory phenomenon very seldom seen: there’s been a strategic defeat in the absence of a national tactical defeat. The unfortunate consequence of this is not only the prolonged repression, but also the current crisis of governance with devastating effects for society.

Ortega’s strategic political defeat through his own actions

In April, a criminal repression was unleashed against the students. The events irreversibly moved the entire nation, provoking a legitimate rejection of the Ortega followers’ brutality. His own followers, scandalized, distanced themselves from him. Nonetheless, this spontaneous discontent couldn’t overcome the political defects that form part of our national idiosyncrasies. The result is the unique phenomenon of a dictatorial regime that’s been defeated as an option due to its own clumsiness, irrationality and cruelty, yet continues to survive indefinitely due to a lack of revolutionary leadership.

Holding on to power, however, isn’t the same as governing. It’s an incredible and terrible thing, but it happens, especially with a very backwards people with no foundation in revolutionary theory. In addition, a majority of the workers in Nicaragua (80% of the economically active population) work in the informal sector and thus have no collective links as workers. This means that an individualist view is predominant, making workers little inclined to organized social action making it very difficult for them to form the vanguard in the struggle to transform society.

So, where are we going with a power that doesn’t govern?

Absolute rule produces an unstable situation, bringing explosive contradictions at the first sign of economic crisis. You don’t need to strain your ears these days to hear the creaking of a society that is rapidly falling apart, as the regime – unviable though it may be – remains in power. The economy drags toward depression, with a drop in the GNP of over 20% predicted for 2019.

The political power of a failed State dissolves into criminal anarchy. The lack of a tactical national victory over Ortega leads us inevitably to ruin as a nation, through civil war or barbarity.

Political conflicts don’t develop, nor are they resolved, in accordance with personal tastes. In no case does a society get organized by their own free will, like you’d cook a special recipe to satisfy your own taste-buds.  For that reason, it’s necessary that we make efforts to methodically define the dialectic interrelationship between means and ends in this new political situation.

The people, militarily defeated, have still not suffered a political defeat. When the economic crisis surpasses a certain threshold, and human dignity becomes gravely affected, workers fall into social disarray and lose the capability to fight to reorganize society. For that reason, this new stage of the struggle is decisive.

The April struggle was unequal, but subject to the rules of war

Our youth responded heroically to a violent but unequal fight. They fought back with stones, slingshots, homemade grenades and mortars, against high-caliber, long-distance modern weapons of war in the hands of trained troops of criminals. A technologically unequal war, like that of our indigenous peoples who used bows and arrows against the cavalry, cannons and thundering weapons of the Spanish.

The unequal levels of technology transformed that war of Spanish conquest into an infamous genocide of the indigenous population. Here, as well, genocide has been committed against our youth, who were crushed by the dictatorial apparatus whose objective is absolute domination.

There’s no peaceful genocide, because unilateral peace doesn’t exist. The inability to fight back against aggression leads to a military defeat with dramatic consequences for the defeated. A people who want peace learn to fight and defend themselves, as the Roman writer Vegecio wrote in his volumes of military techniques.

What happened in April was a static and unequal struggle, where a small band of well-armed criminals were easily able to surround and destroy, with great losses for those surrounded.

Struggle without arms and without leadership led to the military defeat

It was a fight without leadership and without efficient arms or ammunition. After the barricades were destroyed, with more than 400 dead, a war of repressive persecution followed, aimed against all the combatants in retreat. What happened next was a “run for your life” for tens of thousands of combatants, with hundreds of prisoners and missing among those who were most combative. Defense is also a form of warfare, and a disorderly rush to disband isn’t a peaceful struggle but a military defeat. And, when it happens, it’s the worst kind of defeat militarily.

Later came the capture of all the logistics liaisons, who ingenuously kept all their information on cellphones. The seizure of organizational information and of the logistics intermediaries follows the laws of war. It’s a very serious military defeat that allowed the enemy to consolidate their victory in the field of military intelligence.

Ortega’s war has reduced the windows for popular expression

The war, although unilateral, is a use of force that has political consequences. Anyone can see that the windows for popular expression that had been explosively conquered by the youth all over the country have been spectacularly reduced. There’s been an obvious decline in the capacity to mobilize, although the latent discontent continues growing.

However, the different phases of the military defeat suffered have been hidden behind the childish thesis that this rebellion has been a peaceful struggle. There’s been a war, a massacre, against a people incapable of defending themselves. The traditional politicians praise that helplessness as a strategy. Weakness isn’t a strategy, just like slavery isn’t.

Despite the braveness displayed during the population’s heroic resistance, the rebellion was militarily defeated. However, despite his military victory, Ortega has been defeated politically, be it through his own mistakes.

The revolutionary energy continues to accumulate internally in society. There’s an explosive contradiction latent, as much for the advancing economic crisis as for the repression people have suffered. There will soon be a new tide rising among the masses, with new forms of struggle. However, everything hinges on the revolutionary leadership.

Ridiculous notions of the new leaders

The fervent admiration for the youth’s combativeness is now being undermined by the ridiculous orientations of the traditional politicians, those sowers of apathy who have united as the “Blue and White National Unity” coalition have taken the reins of the rebellion in this time of ebb. Their national combative strategy is a nonsensical ritual of periodically changing the color of one’s clothing: on the 18th of the month, wear white, and on the 19th wear black.

Now, without marches, they call it a national strategy to abstain from consuming drinks and tobacco for three days. Someone should explain the combat effects of this, because what’s not combative is depressing and induces people to passivity and indifference.

They call on men and women to put on red lipstick every Monday. Perhaps they think that the paramilitary will flee terrified on Mondays and that those with red lips will thus recover control of the streets that day.

And they call on people to avoid using electricity every night for one hour starting at 7 pm, for an indefinite period of time.  This measure actually benefits Ortega, since the drop in usage means they can leave the most inefficient electricity generator turned off. The rationing leaves the distributor with greater profits, as well as reducing some of the fixed costs of the system. With the proposed rationing, the importation of fuel oil can also be reduced to the tune of some 17 million dollars a year, thus strengthening Ortega’s international reserves. In short, the entire plan favors Ortega.

Meanwhile, the rationing affects the earnings of the population by affecting small production or industries that use electricity. Hence, this measure has an irrational or contrary effect. It’s embarrassing as a proposal for political combat.

History is a succession of struggles, with qualitative leaps in society that at times can be rationally led by revolutionary theory, when there are a series of favorable accidents that are exceptionally well taken advantage of. That’s the work of the strategist.

Our problem is not only the lack of a national revolutionary leadership, but also the fact that the international community doesn’t know and can’t help in the country’s political transformation. The economic sanctions merely increase the chaos in society but won’t help with its progressive transformation, unless an alternative national independent power is formed in this new stage of the struggle, before the social deterioration sets in.