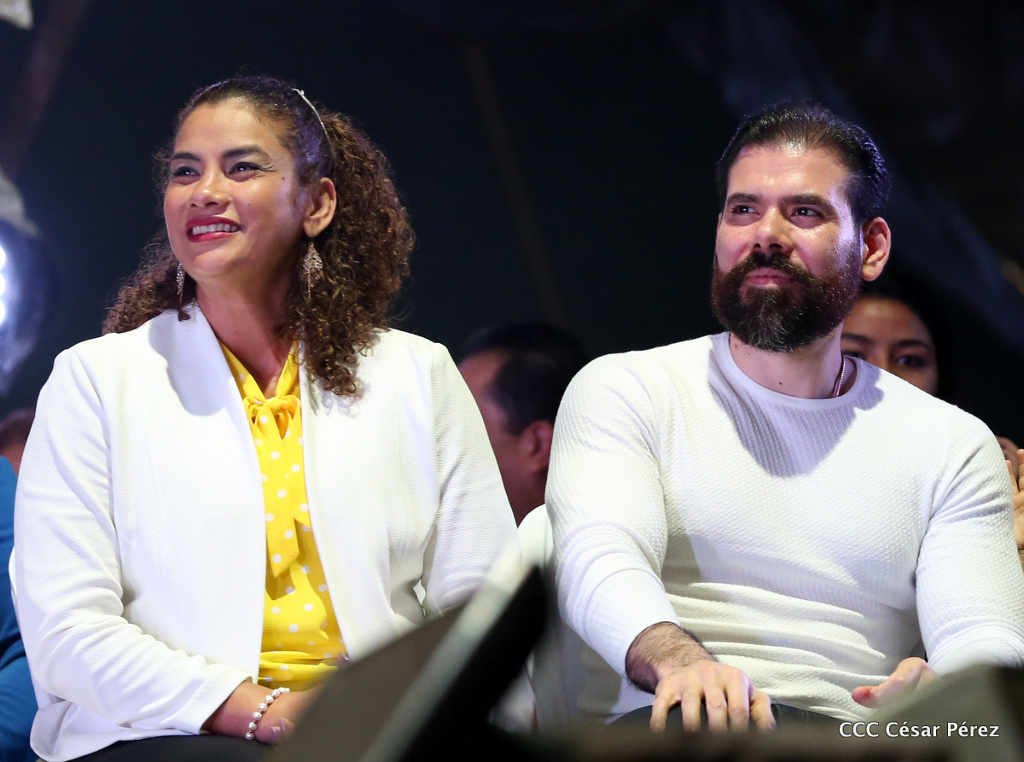 After declaring the Catholic Church an enemy, the Ortega Murillo left the Catholic masses and now go to evangelical cults, in an effort to reach another segment of the population and improve their image, analysts say.

In his first public appearance after announcing the admission to the list of sanctions by the United States, Laureano Ortega Murillo was present at an evangelical activity widely disseminated by pro-government media.

At the vigil, “Sana nuestra tierra” (Heal our land), held last Friday, April 26, Laureano Ortega Murillo, the political “heir” of Daniel Ortega and Rosario Murillo, and “Orteguista” Mayor of Managua, both arrived dressed in white. They sang, applauded and smiled a lot for the el19Digital.com cameras, which published tons of photographs of the couple.

“Great gathering of Faith, Strength, Adoration and Devotion in our Lord Jesus Christ! To him the Glory and the Honor! Nicaragua of Jesus Christ! (Sic) “, wrote the next day Ortega Murillo on his Twitter account, in a fit of Christian faith that had not been seen before.

The purpose of the religious activity was to celebrate the 26th anniversary of Radio Maranatha and number 15 of the Ríos de Agua Viva church.

Until recently, it was normal to see the Ortega Murillo family attending Catholic mass. But since the Ortega dictatorship declared the Catholic Church an enemy, it has approached certain evangelical hierarchies, whose position during the crisis has been silence.

For Henry Ruiz, former Sandinista guerrilla and one of the nine members of the Dirección Nacional (National Directorate) in the eighties, it is the “political expression of a primordial opportunism. It is not new for Ortega to try to use religion as a tool of ideological domination,” the excomandante points out.

For his part, Eliseo Nunez, former deputy and member of the Frente Amplio por la Democracia (Broad Front for Democracy), believes that this sudden religious conversion “is a game where the only thing that is clear is that they (Ortegao Murillo) have no principles or ideologies. Their goal is to hold on to power, even if they have to kill and capture half of Nicaragua, even if they have to convert to the religion of Tom Cruise, Scientology.”

“Now they are evangelicals because Catholics are against them. And there are going to be polls saying that the majority of the population is evangelical and the Catholic Church a minority,” says Núñez.

The objective of the dictatorship could be to approach a segment of the population, in the opinion of the former legislator. However, he does not believe that the strategy will work.

“Ortega understands that the Evangelical Church does not have a defined hierarchy. It is a ‘canallada’ (bastardly) what he is doing with the evangelicals, wanting to paint them as if they are all his followers. He is taking advantage of the opportunism of a few pastors to be able to give that image,” he says.

“They were ultra-Catholics, they celebrated the Virgin and the Child of God while serving them and now, well, it does not serve them,” says Núñez. “The only thing you can determine is their absurdity and lack of principles. They do not have anything defined.”

For Ruiz, the public appearance of Laureano Ortega Murillo and Reyna Rueda could be a sign of a possible electoral formula in future elections.

“Now they are going to go to hold elections, because they are obligated. Daniel Ortega is a defeated politician. How to save your party? Adding new elements, recruiting, proselytizing on the most backward base of the people,” says Ruiz.

The purpose of presenting Laureano Ortega Murillo as a great believer is to improve the image of “Orteguismo”, believes the former commander. But “I do not know if they will succeed, because here there is a horrible view of Orteguismo.”

- Advertisement -
Paying the bills
Previous articleSanctions, Bancorp and the Ortega Family Wealth
Next articleWatch Live: People Take To The Streets Outside Airbase After Guaido’s Call For Military Uprising