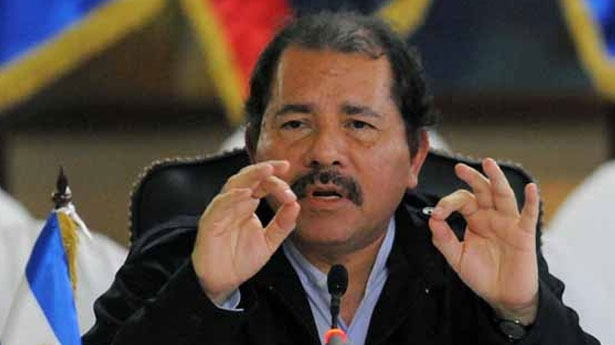 Are you surprised? We’re not. Nicaraguan president, Daniel Ortega, questioned his attendance to the SICA meeting on May 4 in Costa Rica, that includes US president Barack Obama, for he says “he has received no official invitation”.

Ortega said, “we learned it from the media” of the Sistema de Integración de Centroamérica (SICA) meeting and the Obama attendance and “we are following up on this information”.

Relations between Ortega and Costa Rica presidenta, Laura Chinchilla, have been strained since October 2010 due to the conflict over the Isla Calero, a situation that has escalated to a filing with the International Court of Justice at The Hague, as both countries claim soverignty over the territory.

The last time Ortega was in Costa Rica was in May 2010 to attend the Chinchilla inauguration ceremony. Since, the two leaders have avoided each other, including missing out on SICA meetings when Ortega had the Pro tempore (for the time being) presidency of the Central American organization.

During the Ortega presidency of the SICA, Chinchilla did not attend any meetings in Nicaragua. It is expected that Ortega is now do the same during Chinchilla’s Pro tempore.

However, the May meeting is different, as the US president has confirmed his attendance in San José, in his first visit to the region, as part of his visit to Mexico during his away trip.

As Pro tempore president of the SICA, Chinchill has the obligation of inviting all the participants, including Ortega.

On Wednesday, Costa Rica’s Foreign Minister, Enrique Castillo, said that the (Ortega) invitation had been made by way of Nicaragua’s Ambassador to the Organization of American States (OAS), Denis Moncada.  See our report The Invitation Has Been Made But Will He Show?

QCOSTARICA - Today, Monday, June 21, is the day of the year when the sun stays the longest on the horizon, therefore it is...
Economy