TODAY PANAMA, By Mark Scheinbaum – MIAMI The folks who buy a three storey, 8,000 square foot penthouse at the Argentine-funded Arias tower for $6 million might actually smile at the “good deal” Miami represents in the global high-end luxury market.

Last week, Goritza Draskovich, an MBA working on ARIAS, the Biscayne Boulevard/Arts & Entertainment District project for the Buenos Aires-based Melo developers, took realtors, urban planners, investors, and immigration attorneys on a virtual tour of the high-end world that is 2017 Miami.

While some observers feel trendy South (Miami) Beach is getting a bit outdated and even dangerous…its Lincoln Road shopping promenade is up for a total renovation; The Brickell Avenue’s financial and dining area is choked with traffic. and wealthy condo buyers like Panorama’s ex high roller, Ricardo Martinelli now have waterfront views blocked by other buildings; artsy Wynwood and the Design District prices are spiking…Ms. Draskovich and her clients feel she offers a good alternative in that the City of Miami’s slice of Biscayne Boulevard, from Bayfront, the new Frost Science Museum, the Perez Museum of Art, the Adrienne Arsht Center and areas north still represent value to international and domestic luxury investors.

Miami has real investment benefits such as no Florida state income tax, as well as being a bilingual hub of Hispanic culture, business, art, medical care, education, and transportation.

Draskovich said that from 2011 to the start of 2017, Miami has gone from number 29 in the world to 6th in the world in relocation of international wealth, and in international cargo rankings during the same period, the Port of Miami has jumped from 11th to tied with New York for Number One in the USA, but may likely jump ahead later this year.

With wealthy families relocating to Miami, there are still concerns about the quality of Kindergarten-to-Grade 12 education, but then again, many of the retirees, vacation buyers, and young married or single residents are not that concerned about grade school. 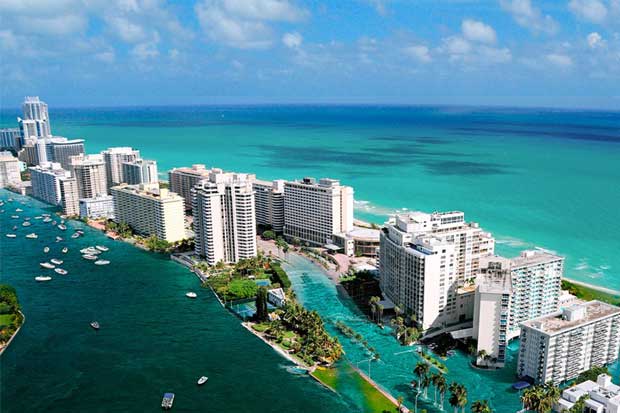 One business leader told me privately that the super wealthy are more likely to send their children to boarding schools in New England or Europe in any case. But fine universities are a drawing card with the University of Miami and Florida International Universities attracting increased attention for quality of faculty and programs.

Here is a brief rundown of some factors that are still putting Miami’s luxury apartments, such as those at Arias in the $400,000+ range, and other projects with apartments, townhouses, and some gated community private homes just below the $1 million price point, (which would be $2-$5 million or more in New York, San Francisco, or some other US cities) in a favorable position:

Chinese-American buyers. Ms. Draskovich, in answer to a question about anecdotal evidence of wealthy Chinese buyers in Miami, noted, “Actually not so much yet directly from China. But a number of American and Canadian families of Chinese ancestry who have many investment or residential properties have started buying more in Miami. Many more are looking.”

The implication was that in some cases, mainland Chinese business people would much prefer businesses to buy or expand in the United States, but were not doing huge real estate buying yet, which was the case a generation ago in Vancouver, Canada and elsewhere.

The Argentine Connection: With Little Havana representing the influential Cuban-American soul of the USA, and news media focus on growing and social-climbing immigrants from Colombia, Venezuela, and Brazil, the Argentine influence is now also a central portion of the City of Miami’s growth as well as all of surrounding Miami-Dade County and South Florida.

For example, Argentina’s Melo (ariaonthebay.com) with a dozen completed ventures, most using modern designs by Arquitectonica Architects based in Miami is now one of the landmark regional developers. The Buenos Aires-based Faena conglomerate with its luxury Faena Hotel Miami Beach; modern Guggenheim-type art and conference Faena Forum building across the street, and several blocks of ocean-to-intracoastal residential, arts, and shopping buildings is already a high society and destination attraction on Miami Beach.

In publishing, entertainment, and the fine arts—not to mention restaurants, soccer sports bars and clubs, Argentina ex-pats are influential in Miami.

For example, the international exposition PINTA, the major Latin American art show running each year during Art Basel Miami/Miami Art Week is owned and managed by Argentine entrepreneurs who have now settled in Miami.

Panama Canal Expansion: Many USA ports from Houston, Sarasota and New York have expanded and made adjustments for the “Post PanaMax” ships now traversing an expanded Panama Canal, but the Port of Miami has taken the lead, with a $2 billion underwater cargo truck tunnel and expanded container port infrastructure.

Shipping still drives the local economy beyond any tourism seasonality, and brings jobs and financial institutions to the city. Arranged by Miami attorney Bob Arnold of the Victorian Law Group, the gathering of a dozen leaders also brought in noted immigration attorneys Mark Fried and Mark Gallegos to talk about recent immigration policies and what impact changes might have on international business investment in the US, and specifically in Miami.

Even with built in immigration processing delays, it still appears that Miami will be a favored international investment destination.

While some surveys indicated six of the top ten fastest growing US markets are in Florida and Miami was excluded Melo (represented by Cervera Real Estate) and the other Realtors in the room seem more interested in that slice of the growth market dealing with only the wealthy and super wealthy.

Plans for a large new Miami convention center, which could eclipse the older Miami Beach Convention Center which is now under renovation; a four-mile “boardwalk” along Biscayne Bay; and a world class shopping and residential center, possibly with a casino funded by Genting, Malaysian developers on the site of the old Miami Herald Building—all accrue to more and more upscale marketing and hopefully, sales.

As is the case with many of these beautiful slide shows, projections, architects’ renditions, and sales forecasts, there is little mention of infrastructure, housing, or cost of living considerations for whoever of the not-so-wealthy might be displaced or relocated by the penthouse dwellers. But with a pending Brightline high-speed rail line taking Disney tourists to and from Miami in just an hour and 45 minutes, the optimists promoting the new projects feel the entire lifestyle of all of South Florida will benefit from the new, wealthy full and part-time residents.

Political Scientist Mark Scheinbaum is managing director of Shearson Financial Services LLC in Boca Raton (MScheinbaum@Shearsonllc.com) and former UPI correspondent, business editor and publisher. His opinions are his own and do not represent his firm or its clients