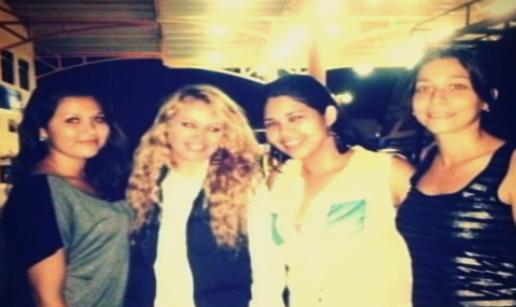 Mexican singer Paulina Rubio, decided to start 2014 with a vacation in Costa Rica.