Pets: A Business Worth Millions 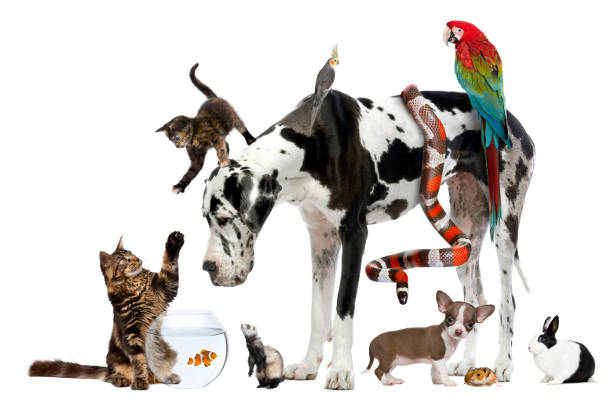 By Rico (QCostarica) A pet is certainly a great friend. After a difficult day, pet owners quite literally feel the love. In fact, research has shown that living with pets provides certain health benefits. Pets help lower blood pressure and lessen anxiety. They boost our immunity. They can even help you get dates. 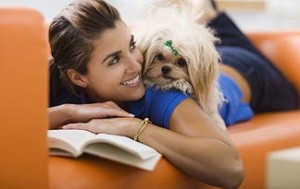 The old thinking was that if your family had a pet, the children were more likely to become allergic to the pet. And if you came from an allergy-prone family, pets should be avoided. However, a growing number of studies have suggested that kids growing up in a home with “furred animals” — whether it’s a pet cat or dog, or on a farm and exposed to large animals — will have less risk of allergies and asthma.

Dogs are great for making love connections. Forget Internet matchmaking — a dog is a natural conversation starter. Walking a dog or just caring for a pet can provide exercise and companionship.

Good for the Heart. Heart attack patients who have pets survive longer than those without, according to several studies. Male pet owners have less sign of heart disease — lower triglyceride and cholesterol levels — than non-owners, researchers say.

According to a study by the Minnesota Stroke Institute that followed more than 4,000 cat owners over 10 years, owning a cat can dramatically reduce a person’s chance of dying from heart disease. Specifically, people who owned cats were 30 percent less likely to suffer a heart attack. Although those researchers cannot make the same conclusions about dogs based on the data they gathered, they suspect a dog study would provide similar results.

For whatever reason, pets certainly can have a special effect on their owners

Pet ownership, however, comes at a cost. No matter how beautiful and special they are, the truth is that you have to take into account the costs that owning a pet entails, a business worth millions in Costa Rica and worldwide.

In Costa Rica, there was a time when the demand for a veteriniarian was low, because people didn’t care much for their animals, unless it were cows, horses or goats. Today, things have changed, people now are more caring of their pets.

Neftalía Fallas, a veterinarian for more than 35 years told CRHoy.com that when he received his first patient, the consult only cost ¢50 colones.  But things have changed.

Today, the cost of a vet consult is around ¢20.000 colones in San José area. The Colegio de Médicos Veterinarios (Colvet) publishes a list of fees. The minimum for small species (dogs, cats, birds, etc) is ¢16.500 for example. The fees are a guideline, each vet establishes his or her fees. The vet consulting fee in San José, however, can be twice that or more.

The cost of taking care of a pet can vary greatly, depending on the type of pet, its age, etc. For instance, a turtle is the least expensive. A food bag is around ¢500 colones (US$1) and can last up tosix months. Feeding fish in a tank can cost up to ¢15.000  colones (US$30)  a year.

A puppy, on the other hand, requires a minimum of three vet consultations, ¢49.500 (US$50) at the minimum rate. Then there are the vaccines: rabies, multiples, Yardia and deworming, which can easily run up a bill of ¢250.000 (US$500) or more, depending on the specialist.

Feeding a pet can also be expensive. For example, a 52lb (23.6kg) bag of Pedigree dog food runs ¢23.500 (US$47) at Pricesmart. Almost double that at the supermarket. Dog food prices vary, from brand to import or local.  The lowest priced dog food can be found at Palí, about ¢750 colones (US$1.50) per kilogram.

[quote] I have three large dogs and their combined diet consumes about 2kg a day. My street cat consumes about a half fist-full of dog food day. The adopted cat (the cat adopted me) doesn’t like cat food, it prefers to steal from the dogs, a regular constant battle, as the cat climbs down from the roof to steal the dog food, never mind that it has its own food bowl up and away from the dogs. [/quote]

In Costa Rica, there are between 100 and 120 veterinary graduates each year from the Universidad Nacional an the Universidad San Francisco de Asís. Currently there some 1.600 veterninarian registered with Colvet in the country.

According to the World Society for the Protection of Animals (WSPA), in 2011, in the greater metropolitan area of San José, there were 583.000 dogs and 111.000 cats with owners.

The Christmas holidays make it seem like the best time to give or get a new pet. But what we see each year, not all Christmas pets live up to the hype and bringing a new animal into the home during such an exciting holiday can be just the opposite of a positive beginning.

Cute little puppies festooned with big floppy ribbons, who can resist? And each year, around March or April, we see an increase of abandoned dogs, families faced with the financial burden of caring for that puppy that is growing quickly  and outliving the small space.

There are a lot of variables to consider before bringing an animal into your home.