Pickup Collides With Bus on the Ruta 32, One Dead, 16 Injured

The new year has not gotten off to a good start with respect to the number of deaths on the road, with the big travel weekend coming up 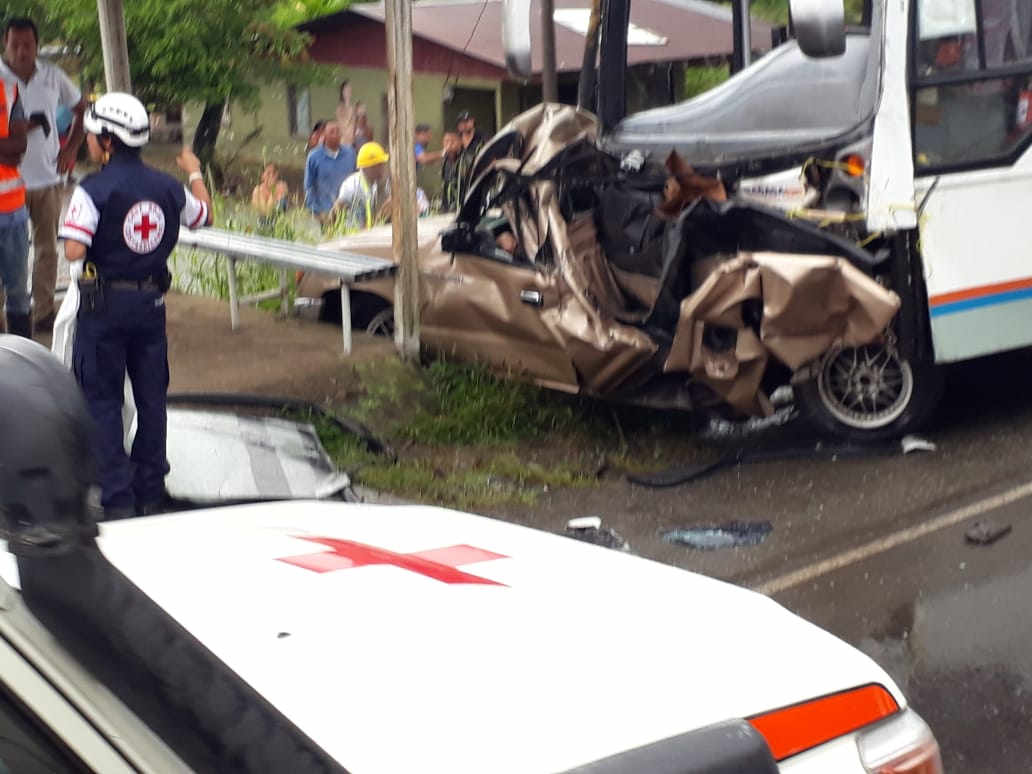 A collision between a bus and pickup on the Ruta 32, in the area of Carrandi, Matina, in the province of Limon on Wednesday left one dead and 16 others injured.

The Cruz Roja (Red Cross) reported eight of the injured required a transfer to hospital.

Though the reasons are unclear, the Policia de Transito (Traffic Police) reported the driver of the pickup lost control and crashed head-on with the bus.

The incident occurring at 7:15 am, the road was slippery. The fatal victim, 18 years of age, was the driver of the pickup. His identity was not released.

The bus, traveling in the San José-Limon direction carried 25 passengers.

The Ruta 32 was closed off for hours, re-opening shortly after 11 am, when Organismo de Investigación Judicial (OIJ) agents concluded their crime scene investigation.

This death was not the only one in the first two days of the year.

Though the number of road deaths was lower in 2018 over the previous year, 2019 has not gotten off to a good start. And that does include the big travel weekend that is about to start.

The number of deaths in the first three days of the year has been released by authorities.

- Advertisement -
Paying the bills
Previous articleImportant! How many holidays fall on weekends? Write them down.
Next articleCold and strong winds caused damage, blamed for the death of young tourist in Varablanca

QCOSTARICA - Half of the victims in traffic accidents are motorcyclists...
Read more