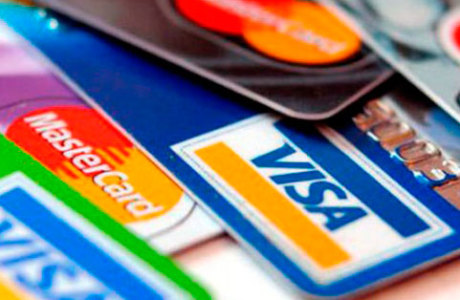 TODAY NICARAGUA – Between December 2013 and December 2014 loans to cardholders increased by 27% while the number of inhabitants having possessing at least one card reached 800,000.

At the end of 2014 it was reported that 800,000 Nicaraguans who are cardholders have on average two credit cards. In the same period, the banks of the National Financial System approved a total of 810,000 loans with credit cards, and reported that about 45% of all registered purchases were paid for using plastic money.

The economist Alberto Ramirez told Elnuevodiario.com.ni that “… Growth in consumption of cards in different business segments, is largely due to a big improvement that has been made in ​​commercial establishments.These people are finding benefits in electronic transactions and they are increasingly understanding how new consumers are replacing cash with electronic payments.”

“… The increased use of these plastics is presented in commerce, including vehicles, beauty, construction and entertainment as well as department stores, airlines and supermarkets. ” “… In 2014 the amount approved for loans with credit card totaled $263 million versus $218 million through December 31, 2013. ”

QCOSTARICA - If it seems better than expected, the ads for...
Read more

New step against evasion? The Treasury will have a closer look at taxpayers

QCOSTARICA -  Taxpayer movements with the Treasury will have more controls as of December 1, with the addition of the 13-digit code known as...
Read more
Front Page

QCOSTARICA - Costa Rica's new twenty rojos* bill was rolled out, circulating in the country on Thursday. And though they may be flashier, made...
Health

QCOSTARICA - For Wednesday, November 25, 2020, the Ministry of Health reported 1,330 new cases of covid-19 in Costa Rica, raising the accumulated of...
Health

QCOSTARICA - Product of the joint work of the Ministry of Health (through the Health Governing Area of ​​La Cruz), Universidad Estatal a Distancia...
Trends

Using edtech tools has almost become a necessity. Modern learning styles need the support of technology in order to deliver impactful learning to students. This...