'Cocaine king of Milan' escaped from prison in Uruguay through a hole in the roof. Rocco Morabito and three other prisoners let themselves down by rope to an adjacent farm, where they robbed the owner. 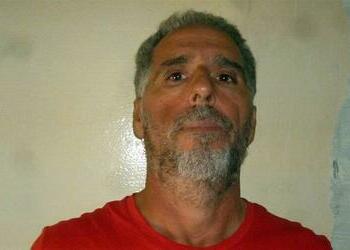 Insightcrime.org – The high-profile prison break of Italian mafia boss Rocco Morabito from a prison in Montevideo has further called into doubt Uruguay’s reputation as one of the continent’s safest and least corrupt nations.

On the night of June 23, “the Cocaine King of Milan” managed to escape from a prison in Uruguay, where he had been awaiting his extradition to Italy for almost two years. Morabito was facing a prison sentence of over 30 years in Italy.

Morabito is a member of ‘Ndrangheta, a powerful Italian mafia that has been making advances in Latin America since the 90s. The ‘Ndrangheta mafia is accused of controlling up to 80 percent of the cocaine trade in Europe. Morabito was responsible for the transportation of drug shipments to Italy from South America, as well as internal transportation and distribution in Milan.

The mafia boss escaped, along with three other incarcerated foreigners, by opening a hole that gave them access to the roof and subsequently the outside of the prison.

However, the escape was not recorded by any of the prison’s cameras, as these had been removed two days prior.

The breakout also failed to be thwarted despite intelligence reports, which warned as of last year that Morabito was offering $80,000 to officers who would help him to escape. Mary González, director of the former Central Prison, also failed to warn of the need to transfer Morabito despite being told of the absence of adequate security conditions.

The Italian government did not wait to respond. Interior Minister Matteo Salvini, spoke out against the escape, calling it “serious and disconcerting,” especially as preliminary investigations have stated it would have been impossible for Morabito to have escaped without complicity of prison officials.

For now, the scandal has led to the resignation of Uruguay’s director of prisons, Alberto Gadea, and administrative procedures begun against some of the prison officials involved.

One of the men who broke out with Morabito, Argentine national Leonardo Abel Sinopoli Azcoaga, was re-arrested hundreds of kilometers away trying to secure a ride into Brazil.

Morabito’s escape from prison highlights aspects in which Uruguay is slipping from its distinctive position and reputation as a nation free of the insecurity that currently characterizes Latin America.

On the one hand, the caliber of the main character is undeniable. Morabito was one of the five most wanted criminals in Italy and ten most wanted in the world. On the other hand, he was seemingly close to being extradited. This would have marked a victory against the ‘Ndrangheta mafia that has now through the fingers of the Italian government.

The prison’s complicity is not surprising in the region. Over the last few years, internal help has been fundamental to the success of prison breaks in Mexico, Argentina and even Panama. However, prison corruption is new to Uruguay, which was recently ranked as the least corrupt in Latin America.

Corruption would not be the only problem in Uruguayan prisons. A 2018 report by the United Nations, exposed the need to investigate cases of torture and abuse of prisoners.

Security concerns in Uruguay have also been felt outside of prisons. Uruguay’s homicide rate increased by 45 percent in 2018, placing it well above Chile, Paraguay, Argentina, Ecuador and Bolivia. Authorities attributed 47 percent of cases to clashes between criminal groups and violence linked to drug trafficking.

This is the context in which Morabito is now a fugitive. His escape leaves several unanswered questions and leaves Uruguay’s reputation in the balance.