At a recent lingerie fashion show in Costa Rica, a Colombian model who also performed as a singer onstage was asked by daily tabloid Diario Extra: “So what did you think of the show?” to which she responded “Awesome, you know? I love the people of Puerto Rico!” You can cue the trombones at this point, but the fact is that Costa Rica gets confused with Puerto Rico more often than you think. 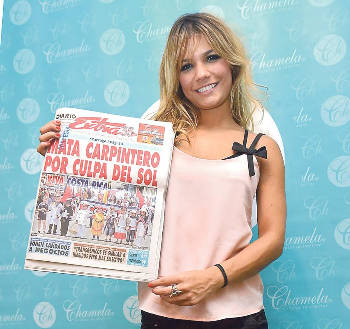 The example above is just one of the many instances in which someone gets the Republic of Costa Rica mixed up with the Commonwealth of Puerto Rico. Granted, there is a couple of similarities between Costa Rica and Puerto Rico: There’s the Spanish language and Latin American cultural background, and both places are known for their natural beauty and great rums. They both share two-word names -along with others such as Saudi Arabia, Sri Lanka, Cape Verde, etc.

We all know the major differences between both places:

We can drill down the differences by looking at interesting tidbits found in the engrossing site IfItWereMyHome.com:

The Hollywood film industry is unintentionally adding to the confusion. Two recent film productions featuring Costa Rica as background for their plots were filmed in Puerto Rico: Act of Valor and Runner, Runner. Film production studios have an important financial motivation for choosing Puerto Rico as a stand-in for Costa Rica, which is something that the Costa Rica Star has extensively written about in the past.

Confusion about Costa Rica is not limited to getting her mixed up with the Island of Enchantment. We can find plenty of examples of people who think Costa Rica is also a territory of the United States, and not just because of the alarming number of McDonald’s and Hooters restaurants. Popular online question and answer sites are sadly filled with such examples, and the answers tend to include hilarious commentary directed at the curious person asking the question. There is even a very funny video about this.

Another infamous example of a geographically challenged person getting Costa Rica mixed up is Alexis Bellino of Bravo’s Real Housewives of Orange County. In a 2012 story arc of the popular reality television franchise, Ms. Bellino thought Costa Rica was part of Mexico.

Marcela Pulgarin is the name of the geographically disoriented model mentioned earlier, but she is better known as Chelo. She was in Costa Rica last week to perform at the Chamela lingerie fashion show along with two other models from Colombia.

Chamela is a lingerie brand that is well-known in Costa Rica and Latin America for its catalog that is specially designed to compliment the curvy figures of Latinas. Seven well-known Costa Rican figure models also sashayed down the runway showing off their gorgeous looks and lingerie. Known as pasarelas in Costa Rica, these shows in tend to attract an audience that is predominantly male.

Q24N - El Salvador may be the first country to adopt bitcoin as legal tender, but recent developments suggest that it might not be...
Quepos

QCOSTARICA - The residents of the Central Pacific endured heavy rains Monday afternoon, June 7, hardest hit the town of Quepos, where the streets...
Disasters

QCOSTARICA - The 5.7-magnitude tremor, felt at 5:27 pmon Thursday, occurred in a maritime zone with the potential for stronger earthquakes, explained Ivonne Arroyo,...
Guatemala

Q24N - Arriving in the Guatemalan capital about two hours late, after the plane in which she was traveling had to turn around due...
Politics

QCOSTARICA - Do you need a certificate of the COVID-19 vaccines applied in Costa Rica?  People who require a certificate that certifies the receipt...
Travel