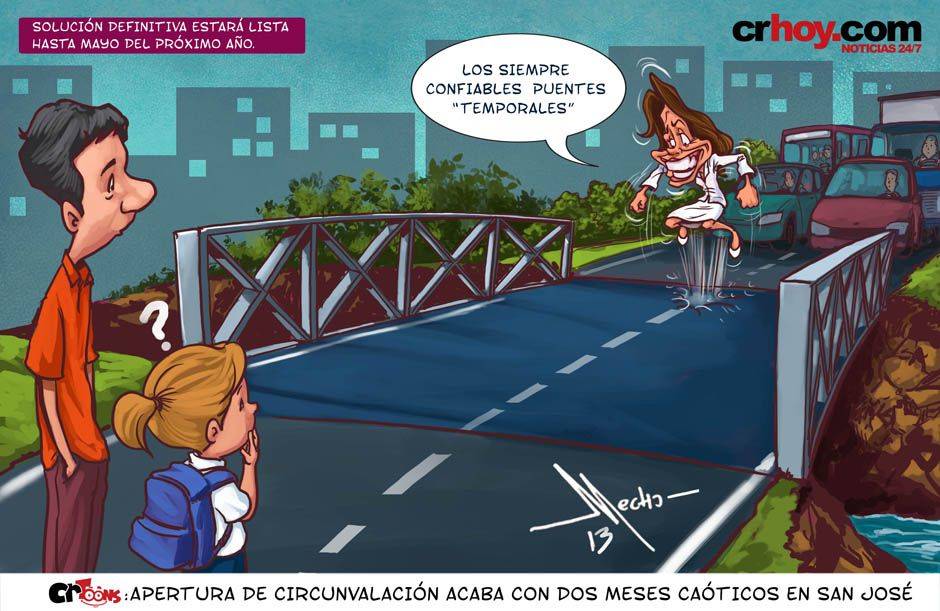 In this CRHoy.com caricature we see Doña Laura jumping up and down on the recently installed Bailey bridges – four of them – to end the two months of chaos of the Circunvalación.

The permanent six lane bridge is expected to be ready in May, in time for the presidenta to put her name on the plaque, just before she leaves office.

Unless…she does an “Arias” move, inaugurating a project before its completion to get the credit, ie the Ruta 27 (San José – Caldera) and the National Stadium, two projects inaugurated months before their completion and use by the public.