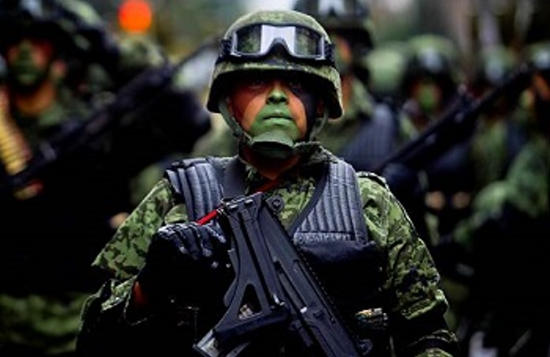 Q24N – A new index measuring the competence of countries’ security forces has its flaws, but nevertheless offers insights into the fundamental issues in government priorities when it comes to combating crime in Latin America.

The first edition of the World Internal Security and Police Index (WISPI) “aims to measure the ability of the security apparatus within a country to respond to internal security challenges, both now and in the future,” according to the policing think tank International Police Science Association (IPSA), which commissioned the project. The think tank calls WISPI the first international index of its kind (pdf).

Of the 127 countries included in the index, Venezuela and Mexico ranked the worst in Latin America, at 119th and 118th respectively. Uruguay ranked best in the region at 35th. (See table below) 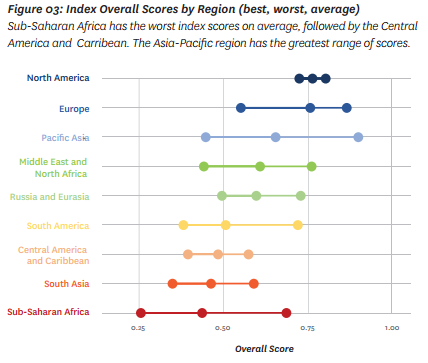 The WISPI produced its country scores by analyzing four key areas: 1) “capacity,” or the level of security resources; 2) “process,” or the ability to put resources to use effectively; 3) “legitimacy,” which includes public trust in authorities, corruption and just behavior of institutions; 4) “outcomes,” which factors in real and perceived levels of crime and violence.

In both the South America and Central America and the Caribbean regions, the highest scores were for capacity, while the lowest were for process.

Compared to the rest of the world, Latin America had among the lowest rating for outcomes. Paraguay ranked as the second-worst country in the world for this security indicator, just above Nigeria.

Mexico was considered the third worst country globally for legitimacy, while Venezuela was the only country not from Sub-Saharan Africa to be among the worst five for process.

The WISPI was developed by the Institute for Economics and Peace (IEP).

While initiatives like these are welcome, such indexes can paint a misleading picture of the security situation in a country by simplifying complex, multi-faceted dynamics to a simple score.

This can be seen in how Latin American nations have been rated. Trinidad and Tobago and Jamaica rank surprisingly high on the WISPI due to their above average security force capacity, despite local authorities’ evident difficulties in reining in gang-related crime.

In contrast, Paraguay is ranked near rock bottom overall, largely brought down by its low “outcome” index. But while this last score may have been swayed by its relatively high perceptions of insecurity, Paraguay is actually one of the least violent nations in Latin America, making it hard to understand why it was ranked worse than any of its neighbors for this indicator.

Results such as these point to the limitations of using certain measurements to attempt to determine the capacity of a country’s security forces. Factoring in homicides is problematic given the multitude of factors that lead to violent crime — including gang wars and other criminal conflicts that arguably have more to do with a state’s socio-economic policies rather than the aptitude of its security apparatus.

Furthermore, measuring public fear — in this case the “perceptions of safety walking alone at night” — to determine whether “there is some threat to internal security which is not being adequately dealt with by security forces” ignores external variables that are probably just as important. This could include the media overstating threats to citizen safety, or governments inflating criminal threats to justify certain policy decisions.

In sum, bringing together a large number of variables that range from factors that can be controlled by state security bodies — such as troop numbers, prison capacity, and judicial effectiveness — and others that depend much on broader social or political issues in creating a single index is an ambitious but ultimately reductive approach.

Nevertheless, the WISPI does offer useful details on certain aspects of where Latin America’s security apparatus is going wrong.

Perhaps one of the most pressing issues the report touches on is the region’s ineffective and inappropriate use of security forces. The WISPI found that higher numbers of security forces — or capacity — did not necessarily lead to greater internal security.

“Beyond a certain level additional security service capacity does not necessarily lead to better processes, increased legitimacy, or better outcomes,” the index suggests.

Indeed, despite the fact that Central America and the Caribbean had the greatest armed force presence by far at a rate of 559 per 100,000, it was among the lowest-ranking regions.

This gives weight to concerns that the growing militarization of public security in nations across the Americas is an ineffective use of state resources, and in fact risks worsening violence levels.