Q COSTA RICA NEWS – The Organization for Economic Co-operation and Development (OECD) has warned that “underinvestment” in infrastructure is a critical element that inhibits the country’s ability to trade. 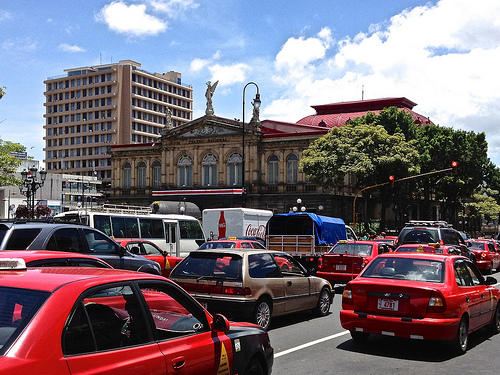 An analysis of the degree of market opening by OECD, showed positive and negative results, with the most noteworthy among the favorable being an annual increase of 9% in the volume of exports of goods between 1994 and 2013 and a reduction in tariffs and negotiation of free trade agreements.

Despite this progress, the OECD noted the need to address the serious problem of lack of infrastructure affecting the country. “…Underinvestment in infrastructure is a critical element that inhibits the ability of a country to trade and is a challenge that Costa Rica must address in order to avoid the “middle income trap”. This applies in particular to transport infrastructure, ports and border crossings but also the pattern of energy production in the country.”

The OECD also warned of “… delays in procedures affecting performance and competitiveness of enterprises, including the delivery of environmental permits and construction permits, company registrations and trading licenses.”

Today, Sunday, June 13, only EVENS can circulate. The measure is countrywide and applied between 5:00 am and 9:00 pm, save for those under the...
Latin America

QCOSTARICA - Costa Rican President Carlos Alvarado is just another citizen when it comes to covid-19 vaccination, given his young age and good health,...
Reports