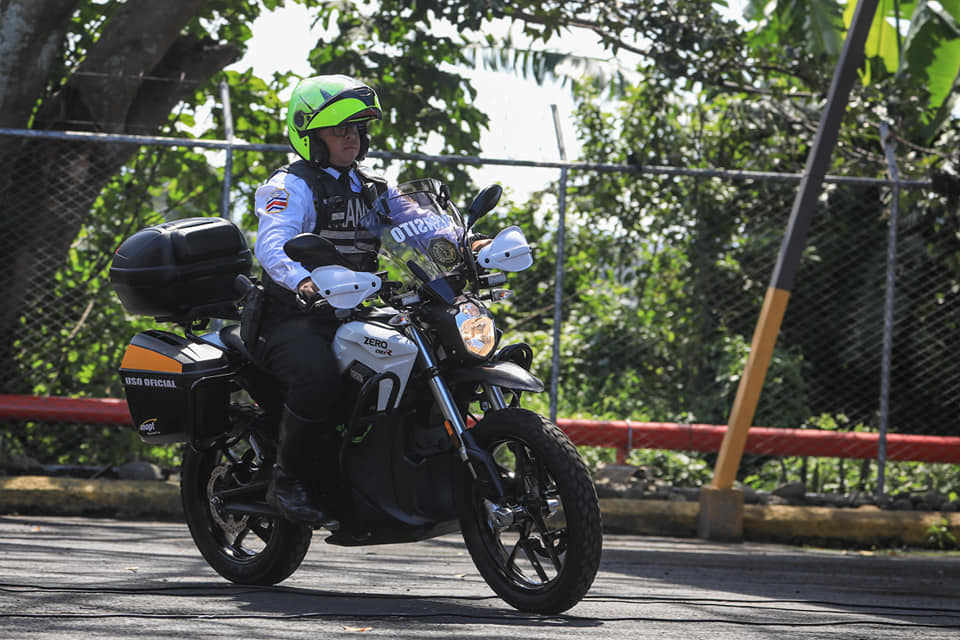 The Policia de Transito (Traffic Police) has 10 new electric motorcycles to do the different jobs they do on the road. 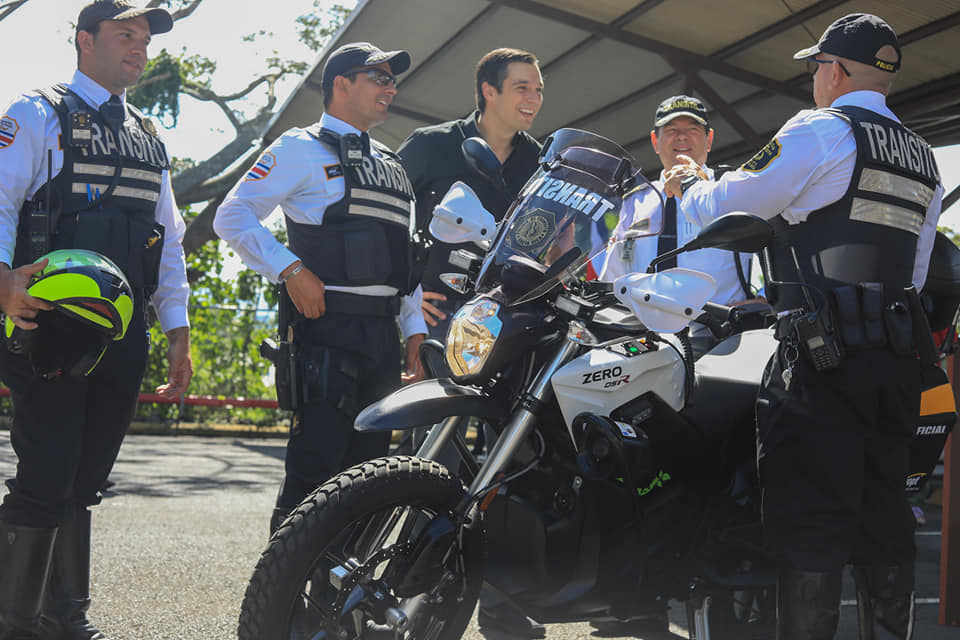 The bikes will allow a savings of ¢57.22 per kilometer in relation to the gasoline-powered.

According to the Consejo Nacional de Vialidad (Conavi) – National Road Council, a gasoline-powered motorcycle costs ¢24.69 per kilometer traveled for fuel and ¢66.11 in maintenance, while the electric will spend just ¢ 461 for electricity and ¢28.97 maintenance.

The new “chuzos” can run up to 250 kilometers on a charge.

First Lady, Claudia Dobles, in making the announcement, said she was pleased because the units are environmentally friendly. 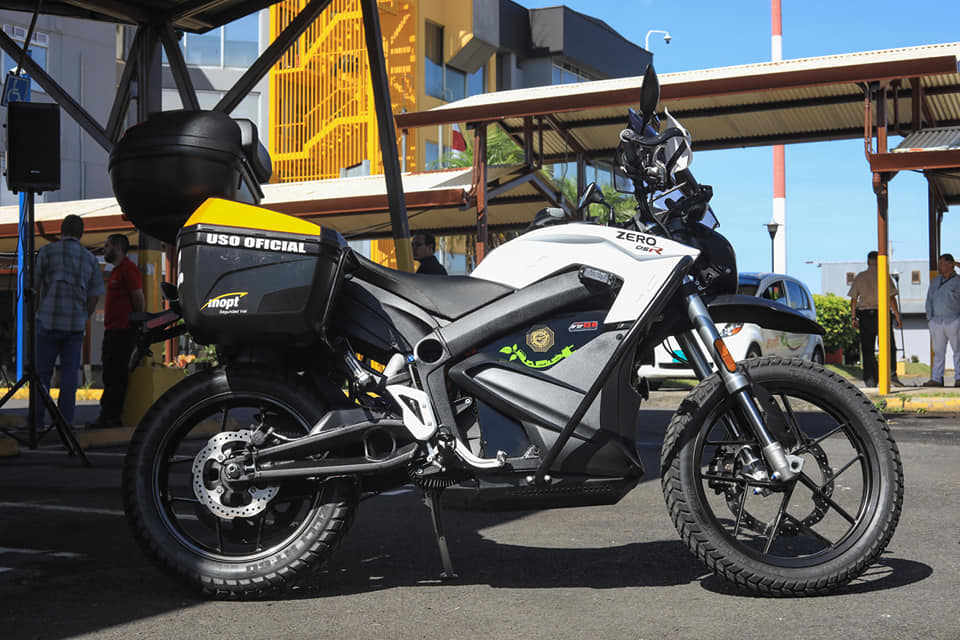 “As the national electricity matrix is almost one hundred percent clean, electric motorcycles can be considered to be really zero emissions. This is an action more directed from the Government to improve the quality of our air and the health of the population,” she said

According to Conavi, in the next few months, it is expected to acquire an electric fleet of 53 cars and 70 motorcycles that will be distributed among ministries, universities, state banks, and other state institutions.

QCOSTARICA - After a month and a half of suspension of...
Read more

QCOSTARICA - As of today, Tuesday, April 27, and until Sunday,...
Read more

QCOSTARICA - From the early hours of this Thursday,...
National