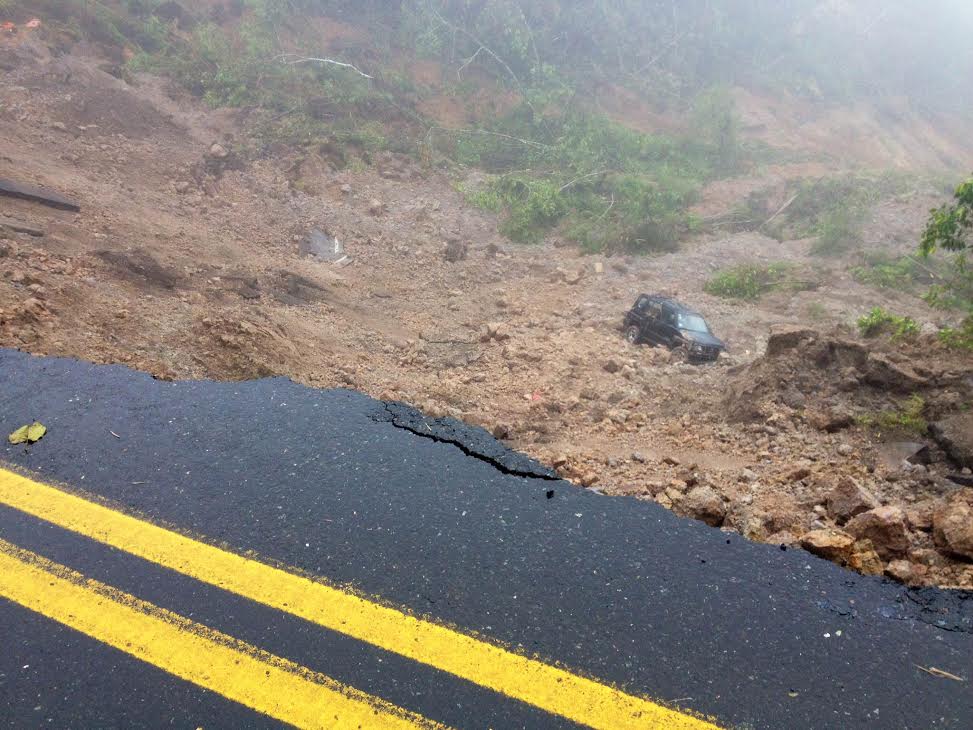 The Ministerio de Obras Públicas y Transportes (MOPT) says one of the two lanes of the two lane road sank, sliding into the cliff, caused by rainy conditions.

David Melendez, director of Emergency MOPT, explained the collapse is 105 metres (340 feet)  long and about 30 metres (100 feet) in depth. The director added that the area is being assessed by specialists of the Consejo Nacional de Vialidad (CONAVI – National Roads Authority – to determine the severity and possible solutions.

At this point MOPT officials are not talking days, but weeks before the passage can be reopened.

At the time of the collapse, a vehicle and motorcycle were swept away, fortunately no one was seriously injured.

Cesar Aguilar, the driver of the vehicle, recounted his story on ADN Radio 90.7FM.

“We I tried to brake,  but the car was going done the slope and began to spin. I thought of my family. There were quite a lot of spins, I was all over the place,” he said.

Aguilar said he was wearing his seatbelt and held on tightly to steering wheel from being bumped around inside the vehicle. “I got out the car and started to climb the cliff, grabbing trees, it was the adrenaline for sure, that I was able to get out on my own,” he said.

The 34 year-old man said the car is still at the bottom of the cliff.

Alternate routes
As alternative routes are suggested for light vehicles and buses highways 222 and 228. These routes travel through La Sierra El Empalme, Corralillo, Quebradilla, Tablón, Santa Elena, Frailes  andLa Lucha. Conversely you can also travel on Río Conejo to Aserrí  and Desamparados.  Heavy vehicles and buses will have to use the Costanera, the Pacific coastal road to Quepos and Dominical. 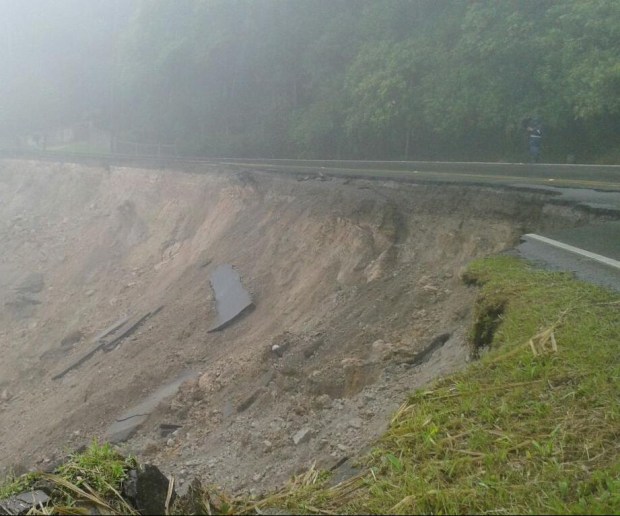 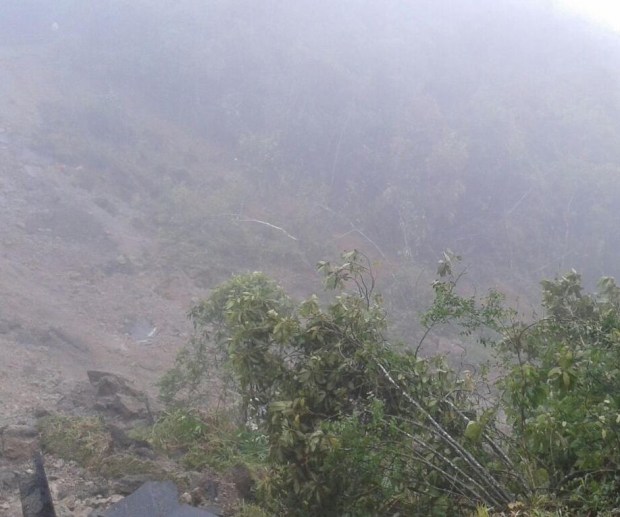 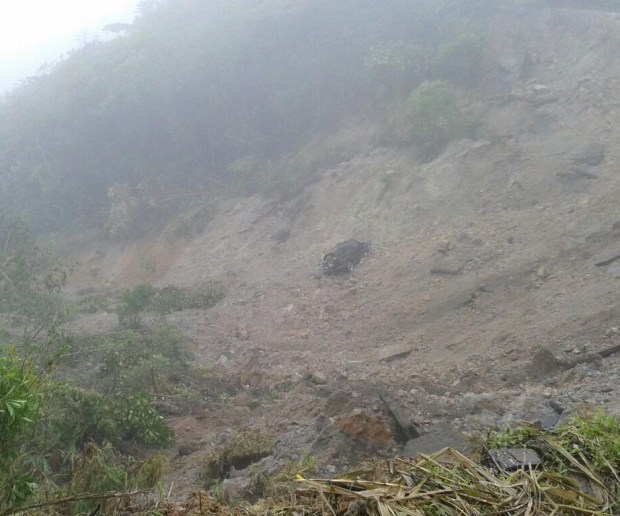 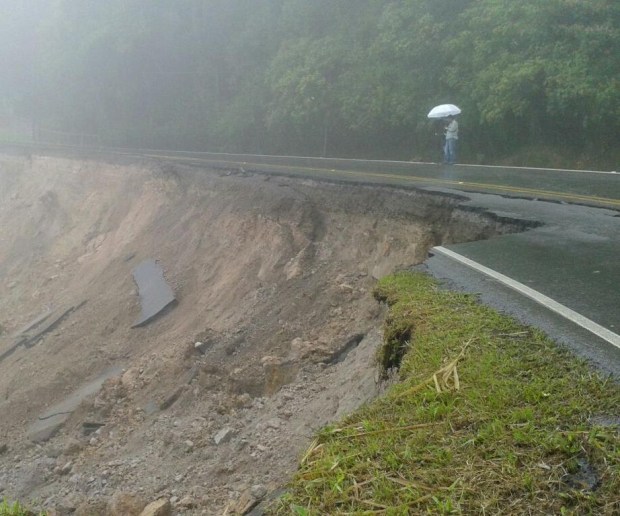 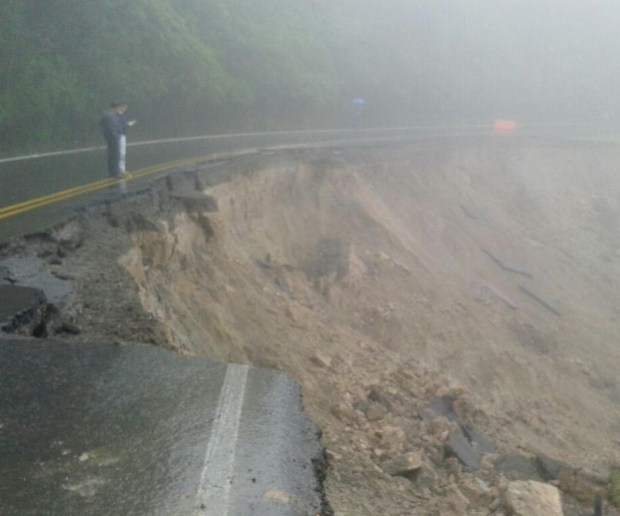 QCOSTARICA - The quijongo is now in very good health thanks to the care of the people of Guanacaste, who are dedicated to protecting...
Guatemala

QCOSTARICA - For their preparedness to face tsunamis, the communities of Tamarindo and Sámara were recognized by the Junta Nacional Tsunami Ready de Costa...
Costarica History

QCOSTARICA - This year Costa Rica celebrates 200 years of independent life. And the road to commemorate the 200th has begun with the launch...
Fuel Prices

QCOSTARICA - At 12:01 am this Wednesday, fuels will be more expensive, as the third price hike of the year takes effect. The increase in...
Politics

Q REPORTS - Former US President Donald Trump's policy of maximum pressure on the Venezuelan dictatorship failed to dislodge the regime or alleviate the...
Business

QCOSTARICA -Viatris, one of the largest generic drug manufacturers in the world, announced the opening of commercial operations in Costa Rica, with an initial...