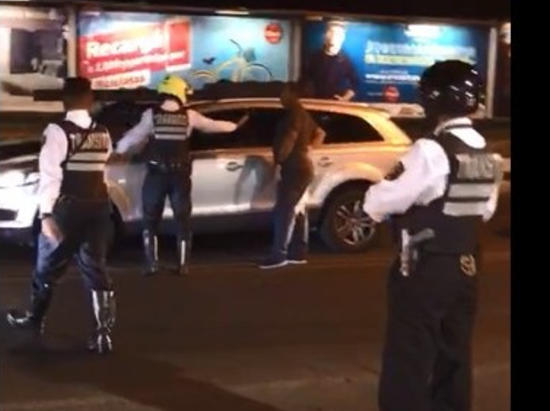 Q COSTA RICA NEWS / Several traffic officials had to intervene, in time,  a dispute between two drivers, one of whom took out a 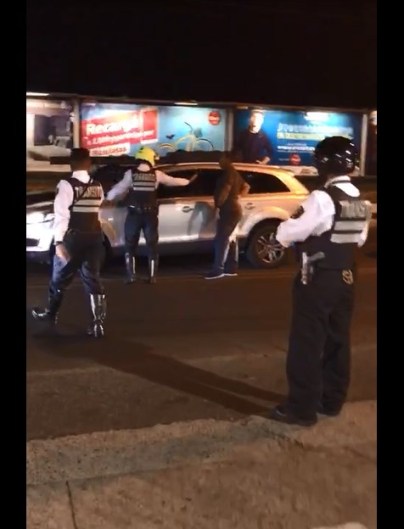 weapon during the verbal confrontation.

The incident occurred Friday night, near the Riteve station in Lagunilla de Heredia.

A user, filling his motorcycle at the Uno gasoline station, was able to film the event. “I tell you, if the Transitos (traffic officials) had not been there, he would have killed the other,” wrote the man who protected his identity.

The video was posted by the Policia de Transito (Traffic Police) on their official Twitter.

At the corner where the gasoline station is located, it is typical during afternoon rush hour to have one or two traffic officials directing traffic at the intersection. The ‘platina’ closure has required additional officials in the entire area.

In the case on Friday, the police presence avoided a tragedy. A tragedy that could have the roots at the nightmare traffic conditions this week due to the partial closure on the autopista General Cañas.